Want to listen to the audiobook Joe's Law: America's Toughest Sheriff Takes on Illegal Immigration, Drugs and Everything Else That Threatens America written by Joe Arpaio?
MP3 Audiobook Player is here to help! 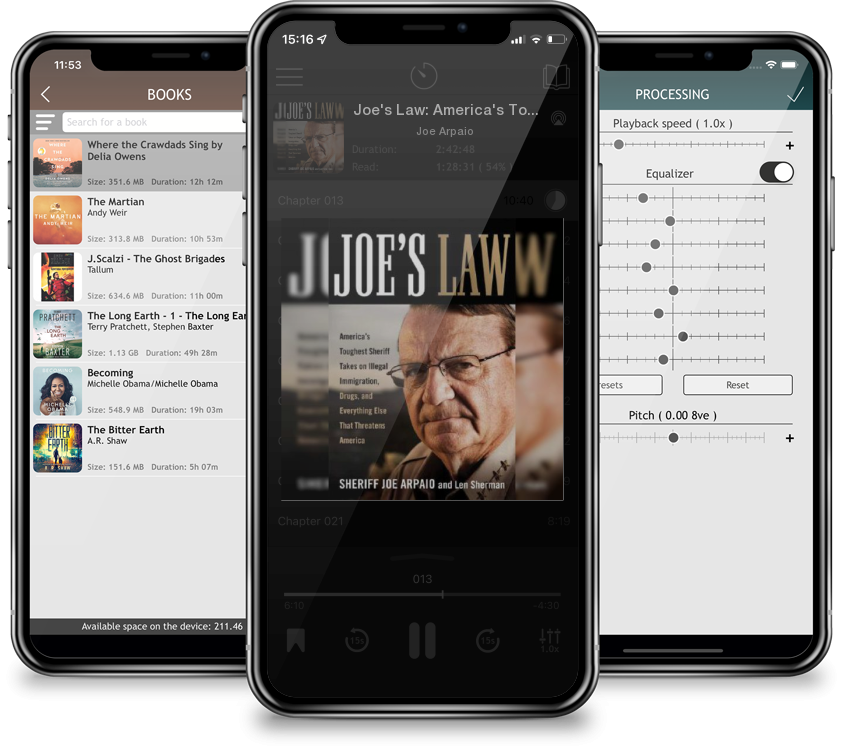 Joe's Law: America's Toughest Sheriff Takes on Illegal Immigration, Drugs and Everything Else That Threatens America

Outspoken, no-nonsense, and eminently fascinating, Joseph M. Arpaio captured the public's imagination from his first day as sheriff of Maricopa County, Arizona, in 1992. He has become an icon, not only in his own state, but all over the world. For 15 years, he has maintained an unprecedented 80% approval rating. Famous for his "get smart and get tough" approach to jails, "Sheriff Joe," as he is universally known, conceived The Tent City Jail where he houses his inmates in surplus army tents left over from the Korean War. Known as the "Alcatraz of Arizona," the jail features chain gangs and stringent discipline. By eliminating all comforts for his inmates, he has managed to shave $500,000 annually from the cost of keeping prisoners. But he also offers a wide range of educational and therapeutic courses for inmates. To his ardent followers, he is a hero for both his toughness on crime and his sense of humanity. While his opponents decry him for his iron-fisted approach, no one can deny that Sheriff Joe is one of the country's most respected elected officials. Joe's Law is an uncensored look by "America's Toughest Sheriff" at some of the most important and difficult issues facing America today. As the first law enforcement official in the country to arrest illegal immigrants, Arpaio tackles illegal immigration head on--how it intertwines with drug trafficking, taxes, and crime, and how it impacts healthcare and education as well. Arpaio offers innovative and fair ways to solve this dilemma and many others, not only in his own state but throughout the country. Compelling and courageous, this is a candid take on some of America's most pressing social problems, and one man's revolutionary vision for eliminating them.