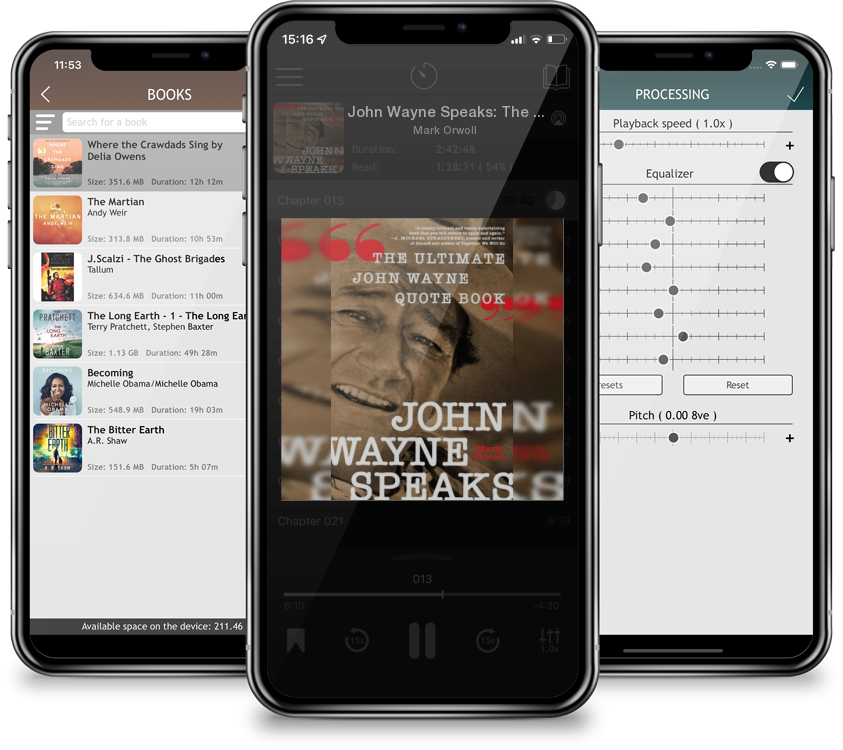 With more than 1,100 impeccably sourced quotes from throughout John Wayne's 172-film career, John Wayne Speaks: The Ultimate John Wayne Quote Book provides what has often been missing from other Duke Wayne reference books: accuracy, context, and comprehensiveness. These quotations offer a deep dive into Wayne’s films and acting persona—the iconic American man of action whose sense of values and decency are a veneer covering a boiling pot of determination, courage, outrage, and even violence. The quotes in John Wayne Speaks are at once inspirational, humorous, touching, and revealing.Author and veteran journalist Mark Orwoll has created an overlay of categories into which each quote fits, making the manuscript easy for readers to find the type of quote—or even the exact quote, footnoted to identify its film—they may be searching for. But John Wayne Speaks is more than just a collection of the actor's movie lines. Orwoll has researched and written an in-depth introduction to Wayne's film career to put the quotes in a broader context. Movie-lovers will also appreciate the author's opinionated capsule reviews and production notes from Wayne's complete filmography.John Wayne Speaks is the quote book that every fan of the Duke needs and a delightful addition to any cinephile’s library.