Want to listen to the audiobook Johnny Appleseed written by Paul Buhle?
MP3 Audiobook Player is here to help! 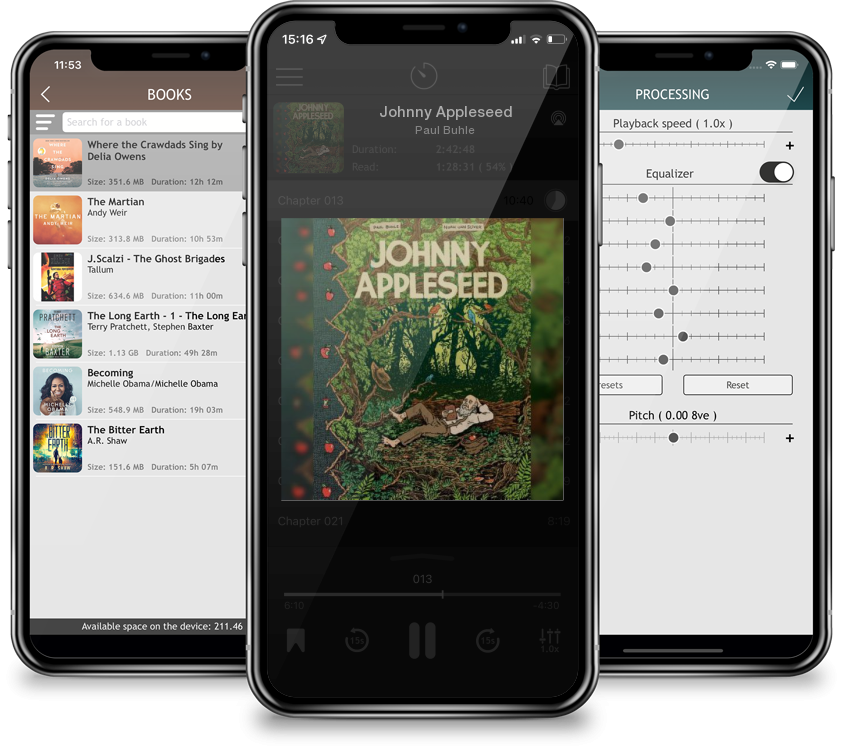 This is a graphic biography of the green dreamer of the American Frontier, the legendary John Chapman, from Brown University scholar Paul Buhle (Red Rosa) and award-winning cartoonist Noah Van Sciver (The Hypo: The Melancholic Young Lincoln). John Chapman, aka Johnny Appleseed, made himself the stuff of legend by spreading the seeds of apple trees from Wisconsin to Indiana. Along with that, he offered the seeds of nonviolence and vegetarianism, good relationships with Native Americans, and peace among the settlers. He was one of the New World’s earliest followers of the Swedish theologian Emanuel Swedenborg. The story of John Chapman operates as a counter-narrative to the glorification of violence, conquest, and prevailing notions of how the West was Won. It differentiates between the history and the half-myths of Johnny Appleseed’s life and work: His apples, for instance, were prized for many reasons, but none more so than for the making of hard cider. He was also a real estate speculator of sorts, purchasing potentially fertile but unproven acres and then planting saplings before flipping the land. Yet, he had less interest in financial gain—and yes, this is an accurate part of the mythology—than in spreading visions of peace and love. Johnny Appleseed brings this quintessentially American story to life in comics form. Black & white illustrations throughout.