Want to listen to the audiobook Journey Into The Whirlwind written by Eugenia Ginzburg?
MP3 Audiobook Player is here to help! 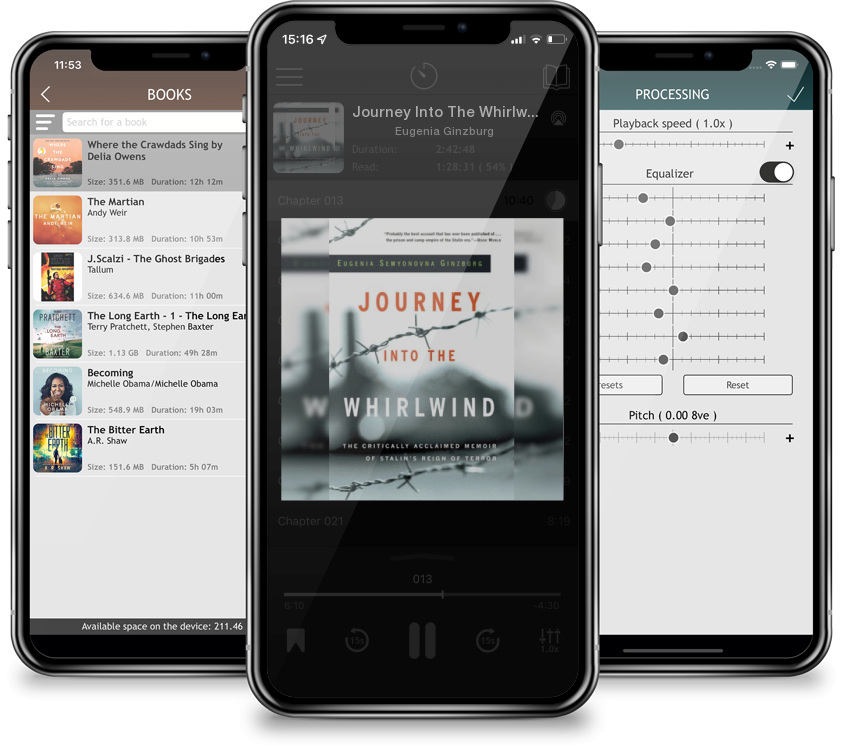 Journey Into The Whirlwind

Journey into the Whirlwind is Eugenia Semyonovna Ginzburg's courageous memoir of her harrowing eighteen-year odyssey through the Soviet Union's prisons and labor camps.By the late 1930s, Eugenia Semyonovna Ginzburg had been a loyal and very active member of the Communist Party for many years. Yet like millions of others who suffered during Stalin's reign of terror, she was arrested??—??on trumped-up charges of being a Trotskyist terrorist and counter-revolutionary??—??and sentenced to prison. With an amazing eye for detail, profound strength, and an indefatigable spirit, Ginzburg recounts the years, days, and minutes she endured in prisons and labor camps, including two years of solitary confinement. A classic account of survival, Journey into the Whirlwind is considered one of the most important documents of Stalin's regime."Stands side by side with Nadezhda Mandelstam's memoirs and Solzhenitsyn's The Gulag Archipelago."??—??Hannah Arendt, author of The Origins of Totalitarianism"An intensely personal and passionately felt document in which every syllable clangors with awful authenticity."??—??Time