Want to listen to the audiobook Journeys on the Silk Road: A Desert Explorer, Buddha's Secret Library, and the Unearthing of the World's Oldest Printed Book written by Joyce Morgan?
MP3 Audiobook Player is here to help! 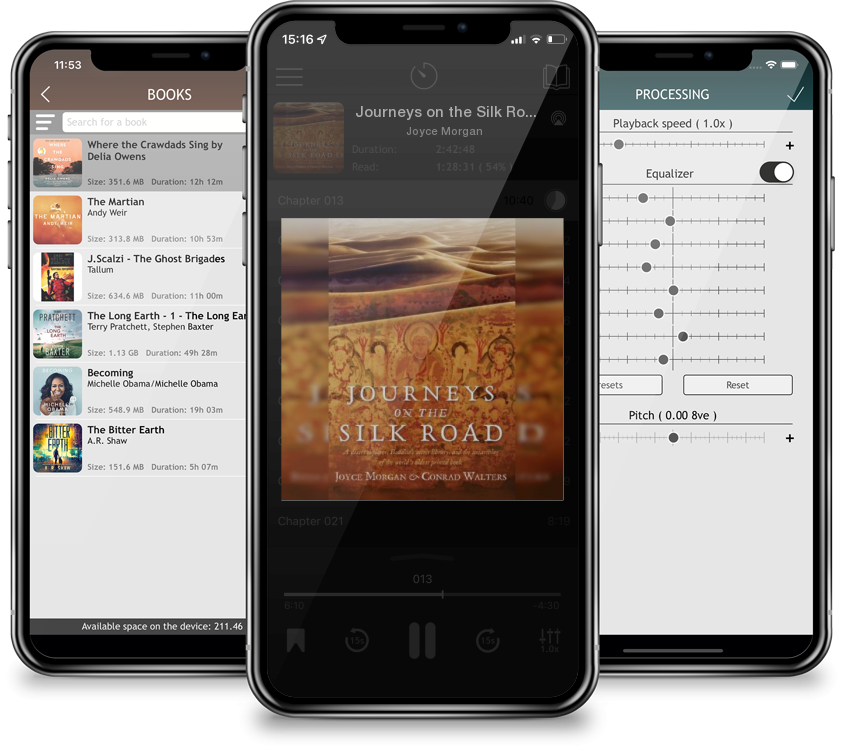 Journeys on the Silk Road: A Desert Explorer, Buddha's Secret Library, and the Unearthing of the World's Oldest Printed Book

When a Chinese monk broke into a hidden cave in 1900, he uncovered one of the world's great literary secrets: a time capsule from the ancient Silk Road. Inside, scrolls were piled from floor to ceiling, undisturbed for a thousand years. The gem within was the Diamond Sutra of AD 868. This key Buddhist teaching, made 500 years before Gutenberg inked his press, is the world's oldest printed book. The Silk Road once linked China with the Mediterranean. It conveyed merchants, pilgrims and ideas. But its cultures and oases were swallowed by shifting sands. Central to the Silk Road's rediscovery was a man named Aurel Stein, a Hungarian-born scholar and archaeologist employed by the British service. Undaunted by the vast Gobi Desert, Stein crossed thousands of desolate miles with his fox terrier Dash. Stein met the Chinese monk and secured the Diamond Sutra and much more. The scroll's journey--by camel through arid desert, by boat to London's curious scholars, by train to evade the bombs of World War II--merges an explorer's adventures, political intrigue, and continued controversy. The Diamond Sutra has inspired Jack Kerouac and the Dalai Lama. Its journey has coincided with the growing appeal of Buddhism in the West. As the Gutenberg Age cedes to the Google Age, the survival of the Silk Road's greatest treasure is testament to the endurance of the written word.