Want to listen to the audiobook Killing the Planet: How a Financial Cartel Doomed Mankind written by Rodney Howard-Browne?
MP3 Audiobook Player is here to help! 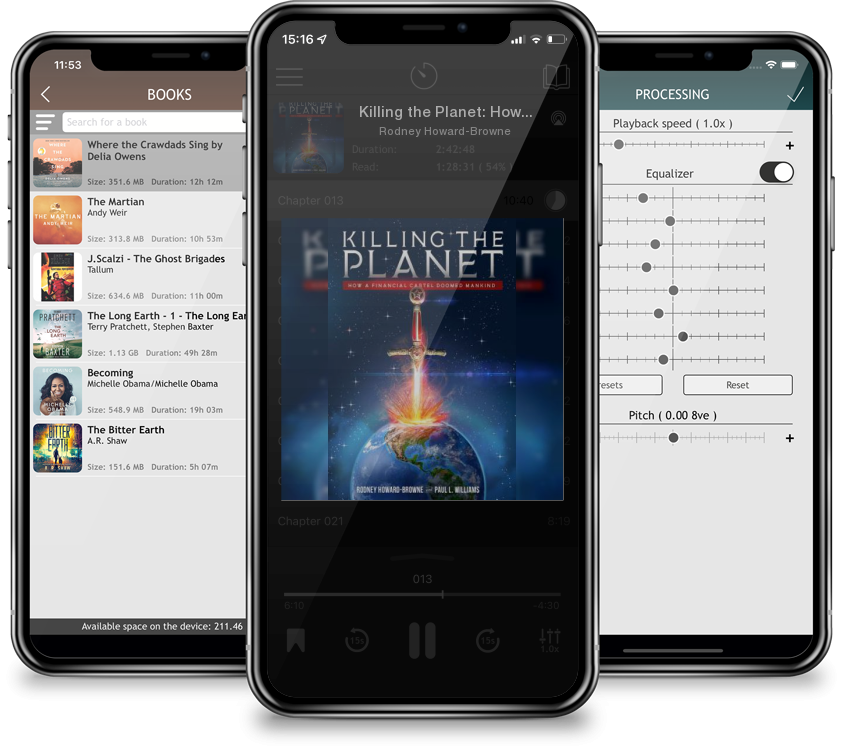 Killing the Planet: How a Financial Cartel Doomed Mankind

In Killing the Planet: How A Financial Cartel Doomed Mankind, best-selling authors Rodney Howard-Browne and Paul L. Williams investigate the true motives and consequences of the Pilgrim Society. Early members of the Society included J. P. Morgan, Andrew Carnegie, Andrew Mellon, Cornelius Vanderbilt, Paul Warburg, Mortimer I. Schiff, Otto Kahn, and John D. Rockefeller. Although the Pilgrim Society and the powerful men involved are often praised for their philanthropic actions, Howard-Browne and Williams show that the Society was self-serving and subjected the American people to a brutal system of economic tyranny, one which is still in place today. As a sequel to The Killing of Uncle Sam, Killing the Planet is a thoroughly documented and impeccably researched book, with over 1,500 footnotes. It shows how mankind has become enslaved within the Luciferian world system that is managed and controlled by the world’s wealthiest families. The book is not full of conspiracy theories but instead, unfortunately for all of humanity, full of gut-wrenching facts.