Want to listen to the audiobook Kitchen Confidential: Adventures in the Culinary Underbelly written by Anthony Bourdain?
MP3 Audiobook Player is here to help! 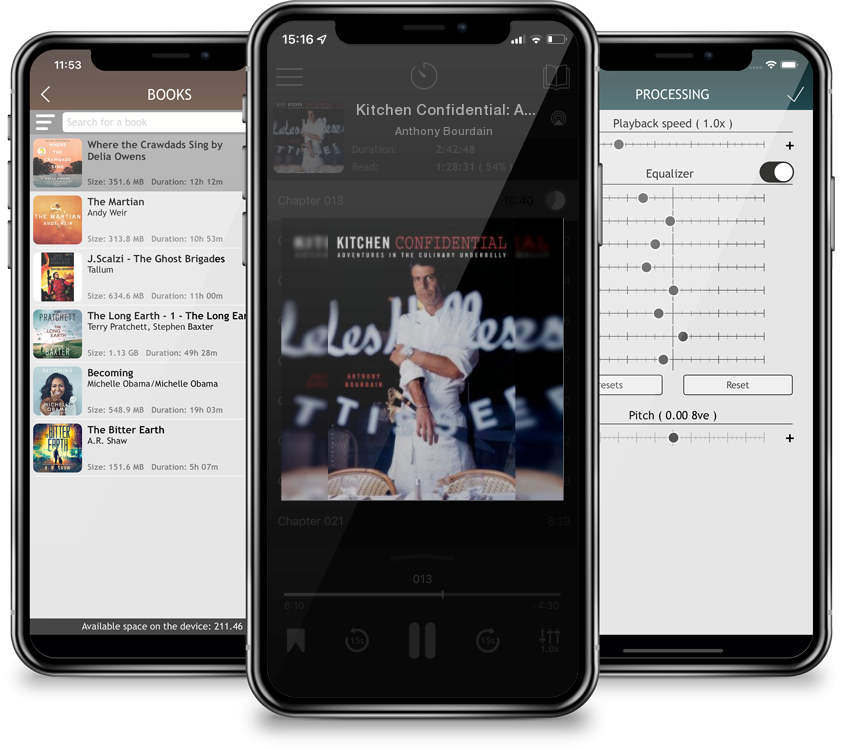 The New York Times bestselling memoir from Anthony Bourdain, the host of Parts Unknown.Kitchen Confidential reveals what Bourdain calls "twenty-five years of sex, drugs, bad behavior and haute cuisine."Last summer, The New Yorker published Chef Bourdain's shocking, "Don't Eat Before Reading This." Bourdain spared no one's appetite when he told all about what happens behind the kitchen door. Bourdain uses the same "take-no-prisoners" attitude in his deliciously funny and shockingly delectable book, sure to delight gourmands and philistines alike. From Bourdain's first oyster in the Gironde, to his lowly position as dishwasher in a honky tonk fish restaurant in Provincetown (where he witnesses for the first time the real delights of being a chef); from the kitchen of the Rainbow Room atop Rockefeller Center, to drug dealers in the east village, from Tokyo to Paris and back to New York again, Bourdain's tales of the kitchen are as passionate as they are unpredictable. Kitchen Confidential will make your mouth water while your belly aches with laughter. You'll beg the chef for more, please.