Want to listen to the audiobook Kitchen Confidential: Adventures in the Culinary Underbelly (CD-Audio) written by Anthony Bourdain?
MP3 Audiobook Player is here to help! 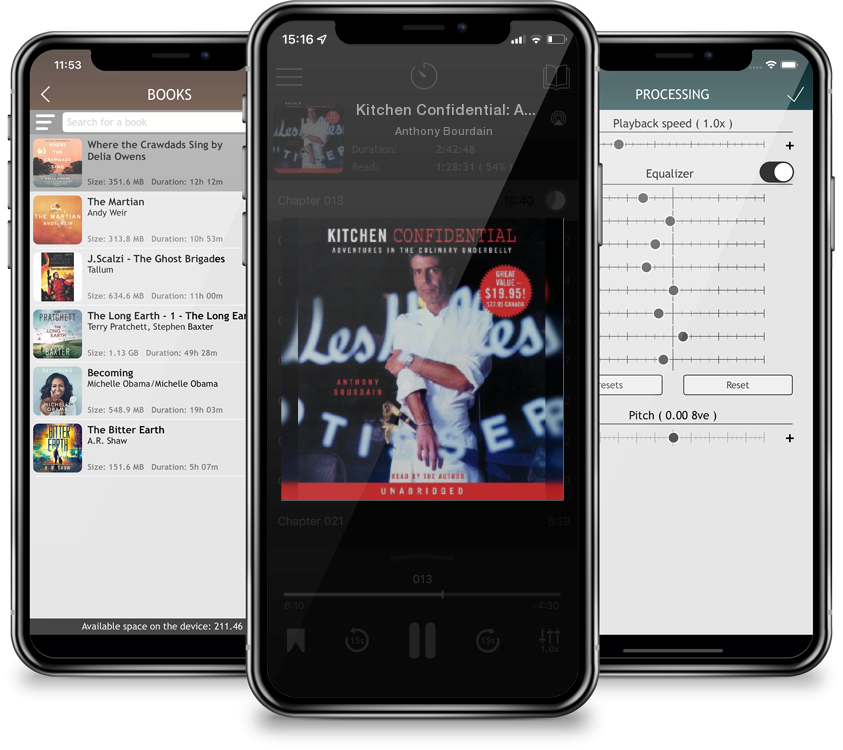 When Chef Anthony Bourdain wrote "Don't Eat Before You Read This" in The New Yorker, he spared no one's appetite, revealing what goes on behind the kitchen door. In Kitchen Confidential, he expanded the appetizer into a deliciously funny, delectably shocking banquet that lays out his twenty-five years of sex, drugs, and haute cuisine.From his first oyster in Gironda to the kitchen of the Rainbow Room atop Rockefeller Center, from the restaurants of Tokyo to the drug dealers of the East Village, from the mobsters to the rats, Bourdain's brilliantly written and wonderfully read, wild-but-true tales make the belly ache with laughter.