Want to listen to the audiobook Kosher Chinese: Living, Teaching, and Eating with China's Other Billion written by Michael Levy?
MP3 Audiobook Player is here to help! 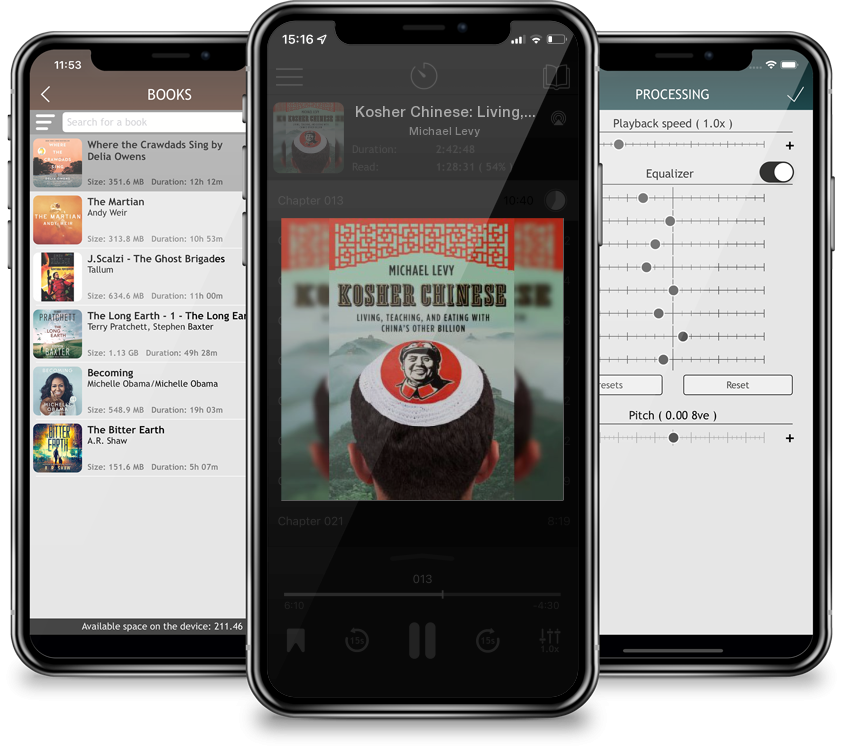 Kosher Chinese: Living, Teaching, and Eating with China's Other Billion

An irreverent tale of an American Jew serving in the Peace Corps in rural China, which reveals the absurdities, joys, and pathos of a traditional society in fluxIn September of 2005, the Peace Corps sent Michael Levy to teach English in the heart of China's heartland. His hosts in the city of Guiyang found additional uses for him: resident expert on Judaism, romantic adviser, and provincial basketball star, to name a few. His account of overcoming vast cultural differences to befriend his students and fellow teachers is by turns poignant and laugh-out-loud funny.While reveling in the peculiarities of life in China's interior, the author also discovered that the "other billion" (people living far from the coastal cities covered by the American media) have a complex relationship with both their own traditions and the rapid changes of modernization. Lagging behind in China's economic boom, they experience the darker side of "capitalism with Chinese characteristics," daily facing the schizophrenia of conflicting ideologies.Kosher Chinese is an illuminating account of the lives of the residents of Guiyang, particularly the young people who will soon control the fate of the world.