Want to listen to the audiobook Lafayette written by Harlow Giles Unger?
MP3 Audiobook Player is here to help! 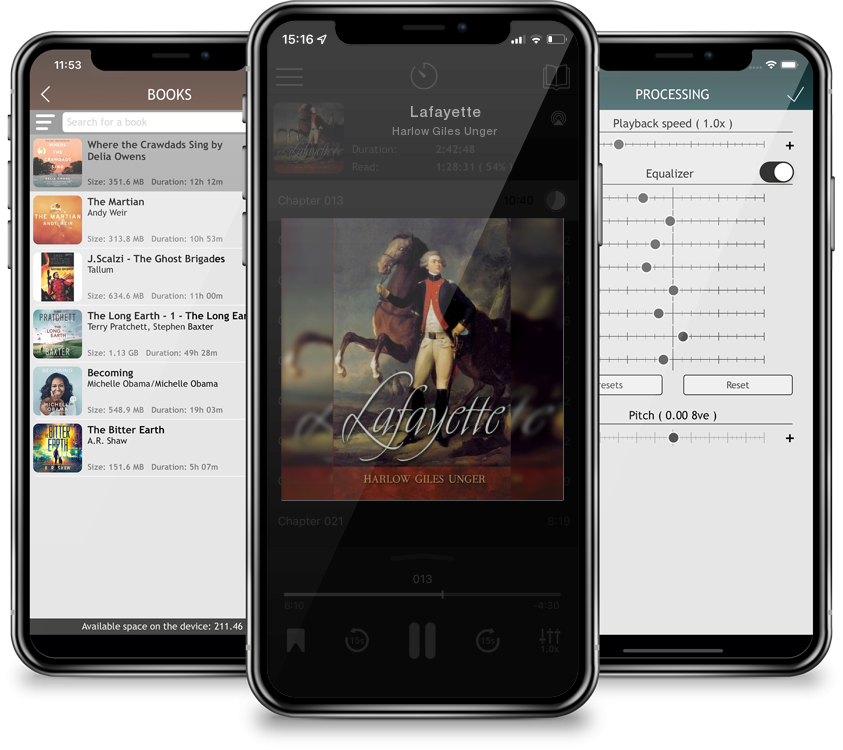 Acclaim for Lafayette I found Mr. Unger's book exceptionally well done. It's an admirable account of the marquis's two revolutions-one might even say his two lives-the French and the American. It also captures the private Lafayette and his remarkable wife, Adrienne, in often moving detail. -Thomas Fleming, author, Liberty : The American Revolution Harlow Unger's Lafayette is a remarkable and dramatic account of a life as fully lived as it is possible to imagine, that of Gilbert de Motier, marquis de Lafayette. To American readers Unger's biography will provide a stark reminder of just how near run a thing was our War of Independence and the degree to which our forefathers' victory hinged on the help of our French allies, marshalled for George Washington by his 'adopted' son, Lafayette. But even more absorbing and much less well known to the general reader will be Unger's account of Lafayette's idealistic but naive efforts to plant the fruits of the American democracy he so admired in the unreceptive soil of his homeland. His inspired oratory produced not the constitutional democracy he sought but the bloody Jacobin excesses of the French Revolution.-Larry Collins, coauthor, Is Paris Burning? and O Jerusalem A lively and entertaining portrait of one of the most important supporting actors in the two revolutions that transformed the modern world.-Susan Dunn, author, Sister Revolutions: French Lightning, American Light Harlow Unger has cornered the market on muses to emerge as America's most readable historian. His new biography of the marquis de Lafayette combines a thoroughgoing account of the age of revolution, a probing psychological study of a complex man, and a literary style that goes down like cream. A worthy successor to his splendid biography of Noah Webster.-Florence King, Contributing Editor, National Review Enlightening The picture of Lafayette's life is a window to eighteenth- and nineteenth-century history.-Michel Aubert La Fayette.