Want to listen to the audiobook Last Chance in Texas: The Redemption of Criminal Youth written by John Hubner?
MP3 Audiobook Player is here to help! 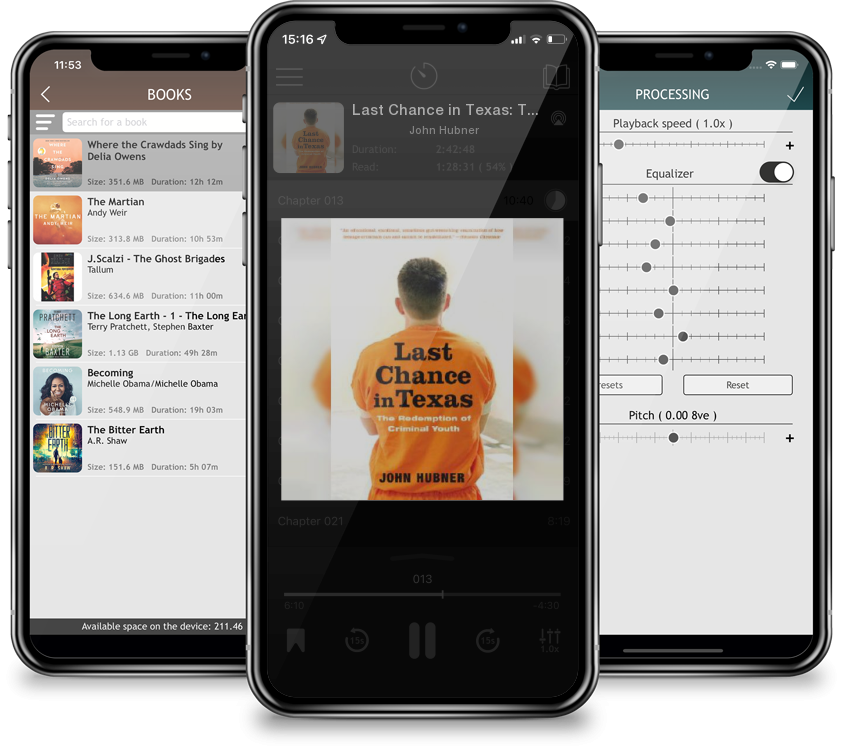 Last Chance in Texas: The Redemption of Criminal Youth

A powerful, bracing and deeply spiritual look at intensely, troubled youth, Last Chance in Texas gives a stirring account of the way one remarkable prison rehabilitates its inmates.While reporting on the juvenile court system, journalist John Hubner kept hearing about a facility in Texas that ran the most aggressive–and one of the most successful–treatment programs for violent young offenders in America. How was it possible, he wondered, that a state like Texas, famed for its hardcore attitude toward crime and punishment, could be leading the way in the rehabilitation of violent and troubled youth? Now Hubner shares the surprising answers he found over months of unprecedented access to the Giddings State School, home to “the worst of the worst”: four hundred teenage lawbreakers convicted of crimes ranging from aggravated assault to murder. Hubner follows two of these youths–a boy and a girl–through harrowing group therapy sessions in which they, along with their fellow inmates, recount their crimes and the abuse they suffered as children. The key moment comes when the young offenders reenact these soul-shattering moments with other group members in cathartic outpourings of suffering and anger that lead, incredibly, to genuine remorse and the beginnings of true empathy . . . the first steps on the long road to redemption.Cutting through the political platitudes surrounding the controversial issue of juvenile justice, Hubner lays bare the complex ties between abuse and violence. By turns wrenching and uplifting, Last Chance in Texas tells a profoundly moving story about the children who grow up to inflict on others the violence that they themselves have suffered. It is a story of horror and heartbreak, yet ultimately full of hope.