Want to listen to the audiobook Lawrence and the Arabs: An Intimate Biography written by Robert Graves?
MP3 Audiobook Player is here to help! 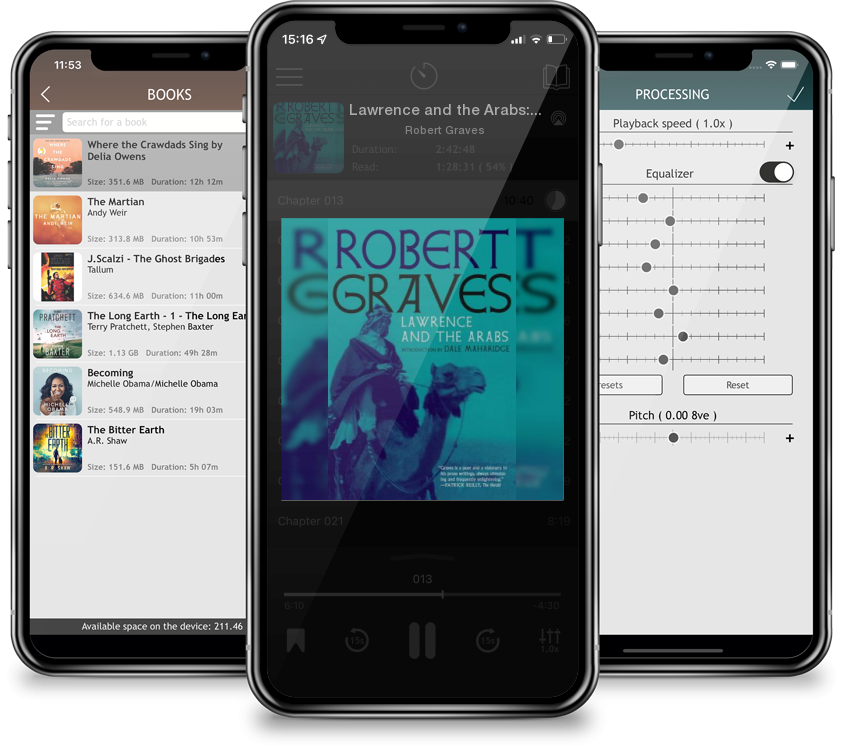 Lawrence and the Arabs: An Intimate Biography

Beginning his life-long affair with the Middle East, T. E. Lawrence—Lawrence of Arabia—made his first journey to the region, a four-month walking tour of Syria studying the Crusaders’ castles, while still a student at Oxford. He later returned to the area as an archeologist and at the outbreak of World War I was attached to British army intelligence in Egypt. In 1916 he set out on his greatest adventure. With no backing, Lawrence joined Arab forces facing almost insurmountable odds in a rebellion against Turkish domination. His brilliance as a desert war strategist made him a hero among the Arabs, a legendary figure throughout the world, and earned him the moniker Lawrence of Arabia. Lawrence, though, had a near-pathological dislike of publicity and, at the time Graves began writing this book, had begun a life of self-imposed obscurity as T. E. Shaw, an anonymous soldier in the RAF.First published in 1927, Robert Graves’s biography remains a unique study of T. E. Lawrence. As a close friend (Lawrence had earlier saved the aspiring poet from bankruptcy), Graves was the only biographer to write with Lawrence’s permission and cooperation, enabling Graves to bring to Lawrence and the Arabs the precision and insight that was necessary to separate the man from the myth.Seven Stories’ Robert Graves Project spans fourteen titles, and includes fiction and nonfiction, adult, young adult, and children’s books, in a striking new uniform design, with new introductions and afterwords. Lawrence and the Arabs joins our recent republication of The Reader Over Your Shoulder, Ann at Highwood Hall, The Golden Fleece, They Hanged My Saintly Billy, and Homer’s Daughter. Among the works still to come are Count Belisarius, Hebrew Myths, and Wife to Mr. Milton. The online partner for the Robert Graves Project is RosettaBooks.