Want to listen to the audiobook Leningrad Lithography written by Estorick Collection?
MP3 Audiobook Player is here to help! 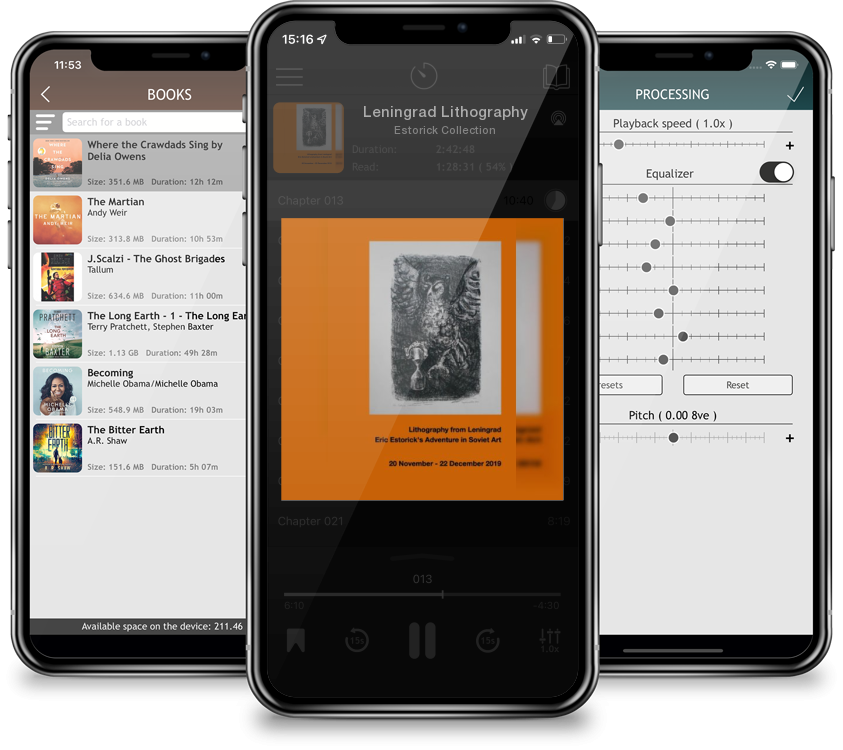 The catalogue highlights an important episode in the history of the Eric Estoricks' adventure in modern art. From the 9th of May 1961 until the 18th of November 1967, Eric and Solome Estorick expanded their interest beyond Italian, British and Western European masters. Amid the Cold War, the Estoricks introduced an array of artists from the Soviet Union and Eastern Europe to a discerning audience at their Grosvenor Gallery situated at No. 15 Davies Street in London. The Gallery's exhibition, from 9th May through 10th June 1961, Lithographs by 27 Soviet Artists, created a resounding impression on the London viewing public. In 2019, an exhibition presented lithographs by several artists included in the landmark 1961 show. An initiative that has been described as a milestone in the history of cultural diplomacy between the Soviet Union and the West.