Want to listen to the audiobook Letters in Love and War: Love and Endurance Throughout the Vietnam Wars written by Huong Thanh?
MP3 Audiobook Player is here to help! 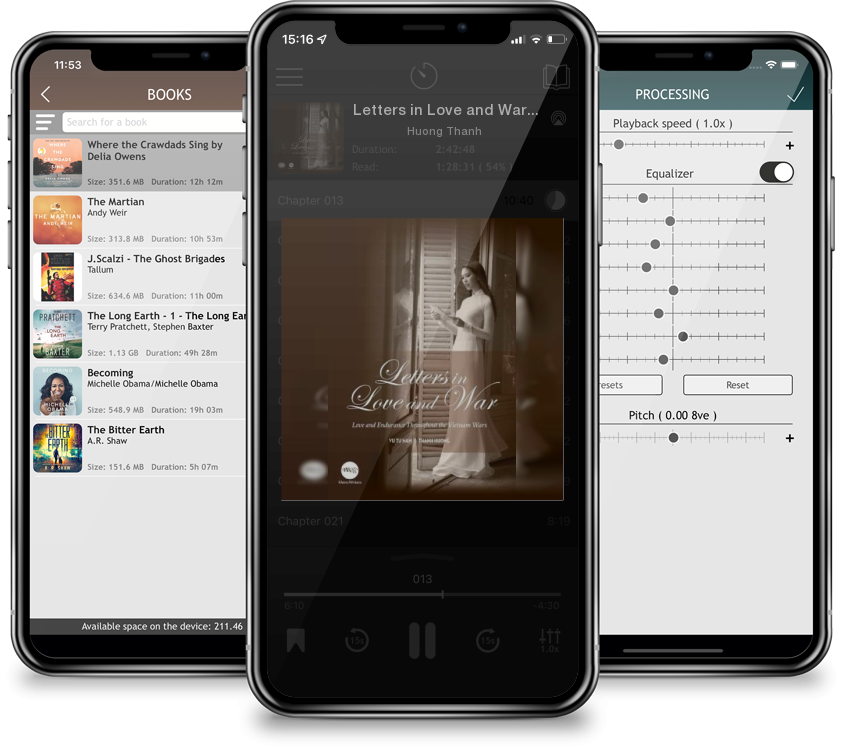 Letters in Love and War: Love and Endurance Throughout the Vietnam Wars

Throughout 18 years of the great Indochinese wars of the mid-20th century, writers Vu Tu Nam and Thanh Huong composed inspiring pieces of journalism, poetry and propaganda for their comrades in the Vietnamese north-while in private, exchanging letters to sustain a love that was perpetually overshadowed by war. Constantly separated throughout their courtship, marriage, and then as parents of two young children, their correspondence-never originally intended for public release-remains an untarnished record of life to the north of the 17th parallel. Letters in Love and War is an untold story of the Vietnam War that brings color to an era seldom revealed in the West, and attests to the universal human experience of life and love in every age.