Want to listen to the audiobook Liberalism: Find a Cure written by Mark Dice?
MP3 Audiobook Player is here to help! 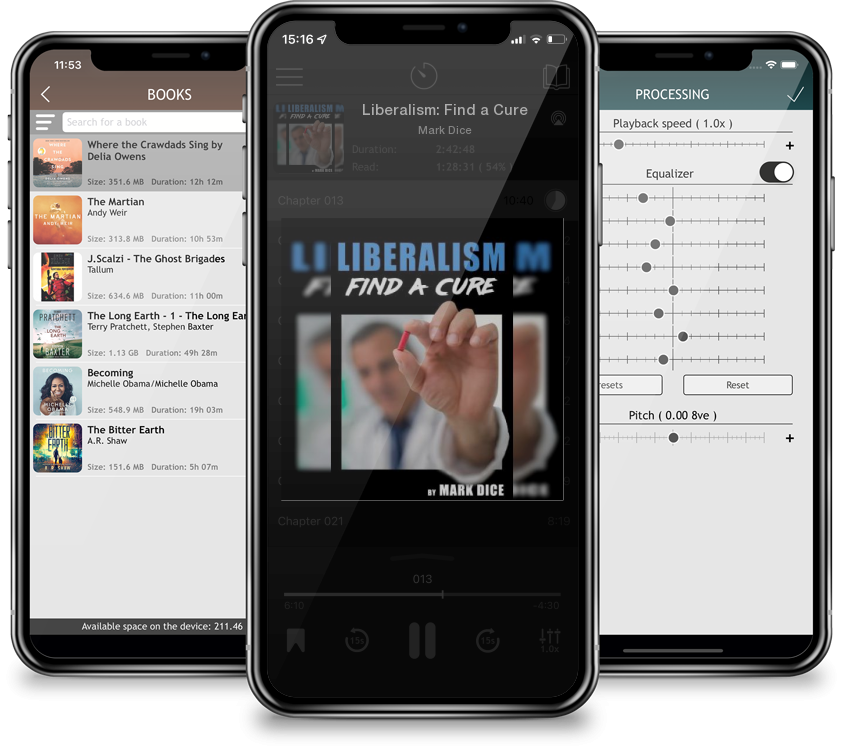 It's as if we're living in an episode of the Twilight Zone. Every day we are inundated by news reports, trending topics on social media, and new political movements promoting such bizarre beliefs about race, gender, sexuality, and life in general, that it's impossible in many cases to distinguish whether such ideas are serious or if they're a parody of what liberalism has become. The political differences between liberals and conservatives used to be pretty well established, but recently the tug of war between the Left and the Right took a dramatic and disturbing turn. Modern liberalism has been replaced with new mind-boggling agendas promoting the adoption of unscientific, authoritarian, and sociologically disastrous ideologies. In attempts to accomplish their plans, the Left are conspiring to end freedom of speech, traditional families, long-cherished holidays, and hope to implement a new world order. Who is behind this madness? What is their ultimate goal? How far are they willing to go to achieve it? And what can we do to stop them? Bestselling author and media analyst Mark Dice takes you on a tour inside the minds of those constructing this new social landscape in his groundbreaking investigation: Liberalism: Find a Cure.