Want to listen to the audiobook Liberty Vs Tyranny written by Andrew O'Meara?
MP3 Audiobook Player is here to help! 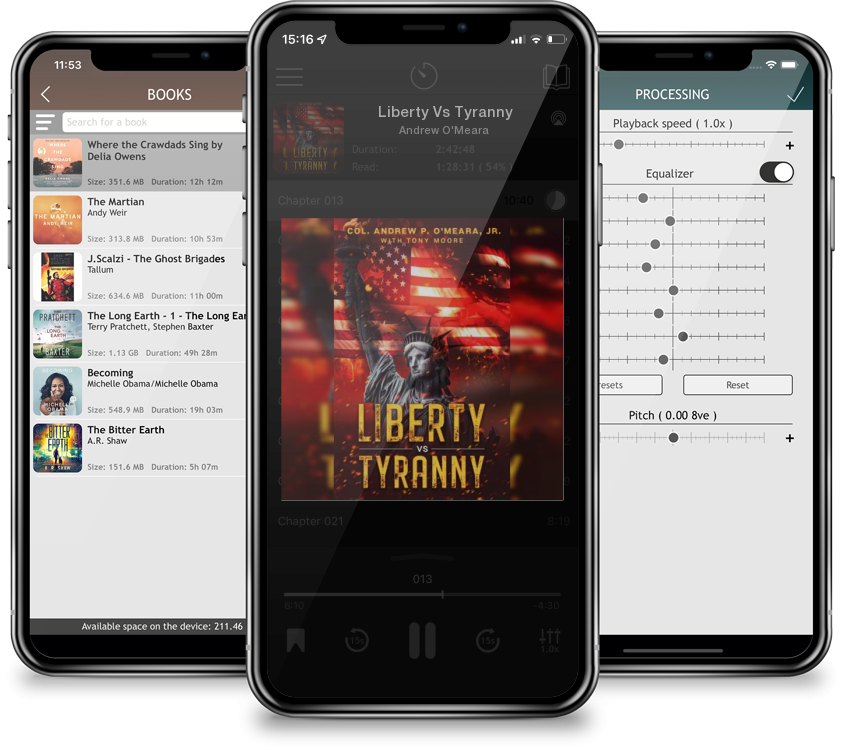 Colonel Andy O'Meara is a combat veteran awarded a Silver Star and a Purple Heart in the Vietnam war. His latest and well researched book, Liberty VS Tyranny deals with the enduring struggle between our military leaders, sworn to defend our Constitution and the political leaders in charge.Col. O'Meara looks at the extraordinary role Yale University played in mobilizing opposition to the Vietnam war and the roles our academia has played in creating a genre of socialist elites buried within American society today.The failure of the DOJ and FBI to prosecute flagrant cases of treason and how they have now become weaponized by former President Obama is one of the most serious events to damage our justice system and the rule of law. This miscarriage of justice has convinced the leaders of the Left that they are above the law; a travesty which continues to this day.You will read examples of catastrophic failures caused by America's various governments over these past six decades since the Kennedy assassination and the damage they have done to our international role in keeping socialism and communism at bay in the free world. He documents the damage our political leaders have done with ever-changing domestic and erratic foreign policies.He asks the question, "Where do we go from here?" Do we keep on repeating these same mistakes created by an ever-changing direction of government, or do we create a sustained domestic and foreign policy that will hold communism and socialism at bay in the free world? Liberty Vs Tyranny, will leave you asking these questions while it also offers a possible solution