Want to listen to the audiobook Louis Armstrong, in His Own Words: Selected Writings written by Louis Armstrong?
MP3 Audiobook Player is here to help! 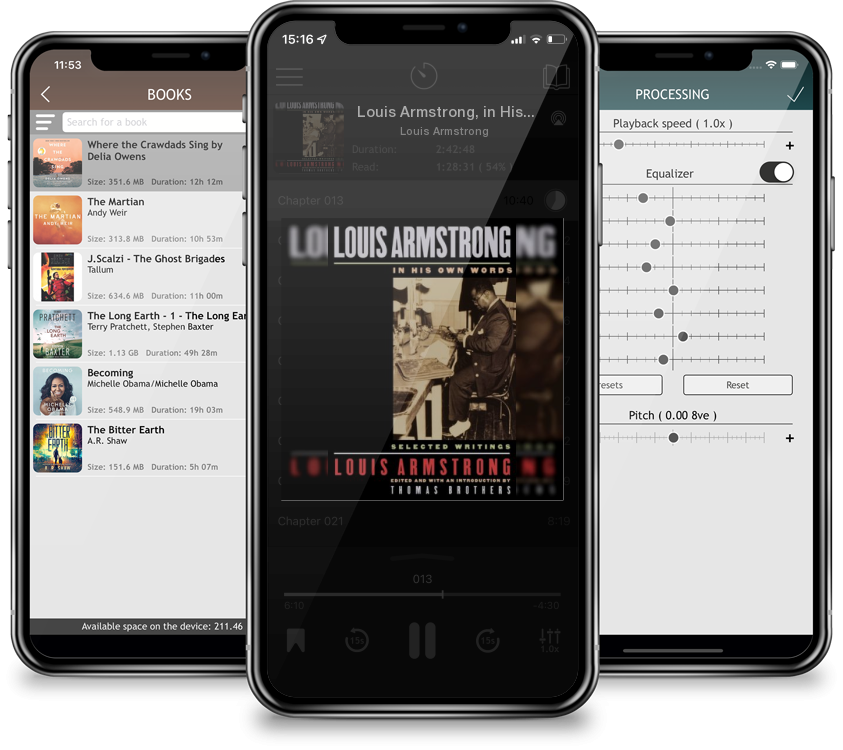 Louis Armstrong, in His Own Words: Selected Writings

Trumpeter. Singer. Actor. Entertainer. In his life, Louis Armstrong thrilled audiences worldwide and influenced countless musicians. But beyond being a revolutionary musician and an enchanting stage personality, Louis Armstrong was a writer--and he was prolific. This unparalleled collection of Armstrong's candid writings reveals a side of the artist not widely known to his fans. With idiosyncratic language and punctuation that recalls his musical virtuosity, Armstrong presents his thoughts on his life and career--from abject poverty in New Orleans toplaying in the famous cafes, cabarets, and saloons of Storyville; from his big break in 1922 with the King Oliver band to his storming of New York; from his breaking of color barriers in Hollywood to the infamous King of the Zulus incident in 1949; and finally, to his last days in Queens, New York. Along the way, these writings reveal Armstrongs honest, and often controversial, opinions about racism, marijuana, bebop, and fellow jazz artists. Whether a devoted Armstrong fan or a jazz neophyte, everyone will find here an illuminating, unvarnished portrayal of this truly compelling man.