Want to listen to the audiobook Love and Death in the Sunshine State: The Story of a Murder written by Cutter Wood?
MP3 Audiobook Player is here to help! 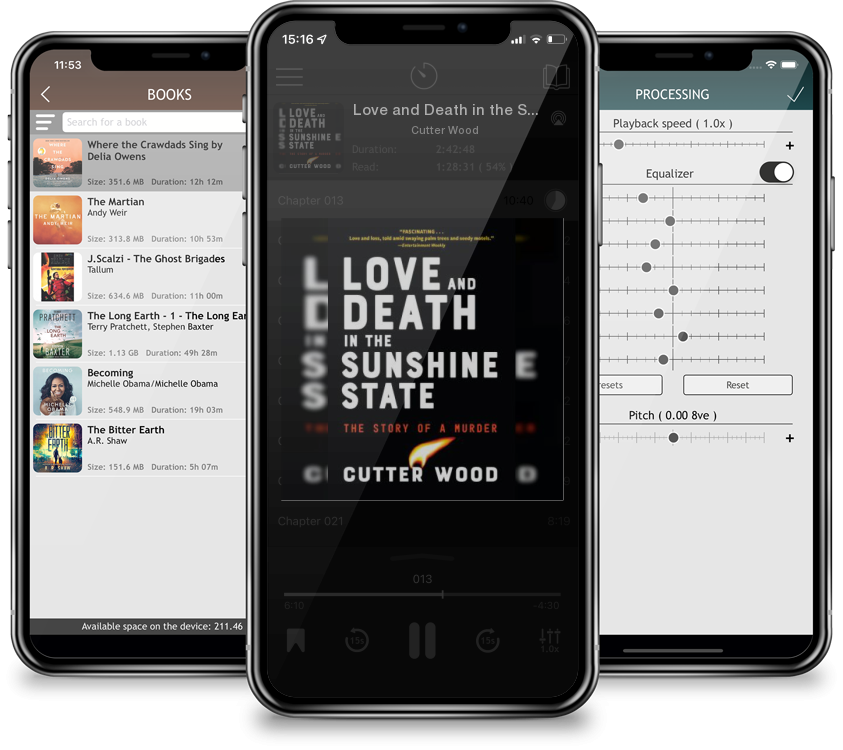 Love and Death in the Sunshine State: The Story of a Murder

"Gripping . . . Cutter Wood subverts all our expectations for the true crime genre.” —Leslie Jamison, author of The Recovering When a stolen car is recovered on the Gulf Coast of Florida, it sets off a search for a missing woman, local motel owner Sabine Musil-Buehler. Three men are named persons of interest—her husband, her boyfriend, and the man who stole the car. Then the motel is set on fire; her boyfriend flees the county; and detectives begin digging on the beach of Anna Maria Island.Author Cutter Wood was a guest at Musil-Buehler’s motel as the search for her gained momentum. Driven by his own need to understand how a relationship could spin to pieces in such a fatal fashion, he began to talk with many of the people living on Anna Maria, and then with the detectives, and finally with the man presumed to be the murderer. But there was only so much that interviews and transcripts could reveal.In trying to understand how we treat those we love, this book, like Truman Capote’s classic In Cold Blood, tells a story that exists outside documentary evidence. Wood carries the investigation of Sabine’s murder beyond the facts of the case and into his own life, crafting a tale about the dark conflicts at the heart of every relationship.