Want to listen to the audiobook Lucille: The Life of Lucille Ball written by Kathleen Brady?
MP3 Audiobook Player is here to help! 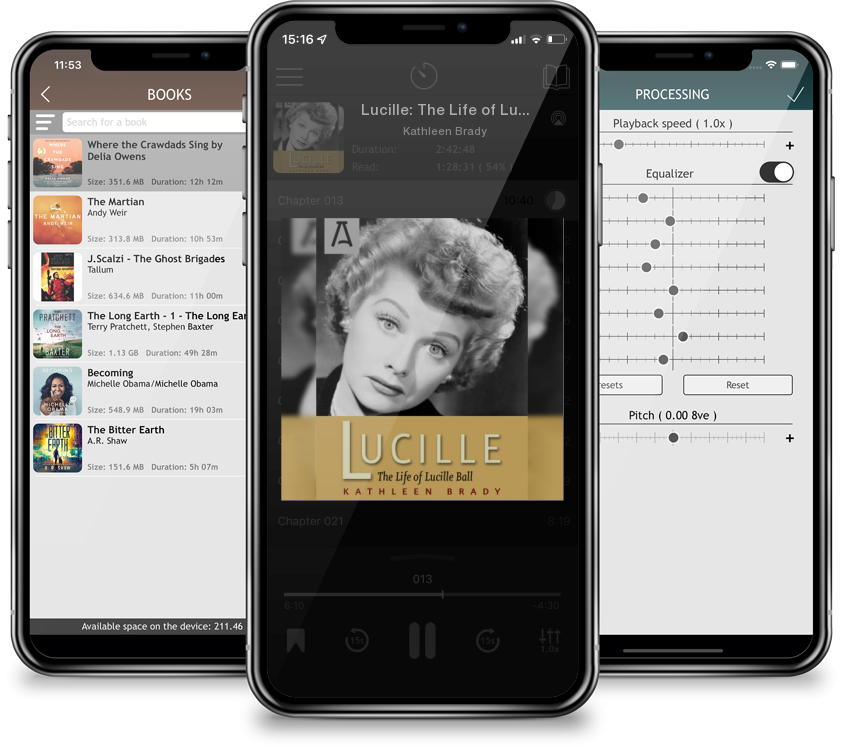 Lucille: The Life of Lucille Ball

Everyone loved Lucy, the scheming, madcap redhead who ruled television for more than twenty years. In life, however, Lucille Ball presented a far more complex and contradictory personality than was ever embodied by the television Lucy. In Lucille: The Life of Lucille Ball Kathleen Brady presents the actress as a fully rounded human being, often at odds with the image she presented as an entertainment icon. Brady has gone far beyond the typical celebrity biography to present a funny, unflinching and ultimately moving portrait of Lucille Ball as a performing artist, daughter, mother, friend, colleague, and television mogul. Many think they know the story of Lucille Ball's life, but Brady provides new details and a fresh perspective on this complex woman through a wealth of anecdotes and firsthand accounts. Lucille Ball is revealed not only as a television archetype and influential icon of postwar American culture, but as a driven yet fragile human being who spent her life struggling to create of life of normalcy, but ultimately failed--even as she succeeded in bringing laughter of millions of fans. In researching Lucille, Brady interviewed more than 150 people from her hometown to Hollywood. She spoke with her grade school classmates, and those like Katherine Hepburn and Ginger Rodgers who met her when she arrived in Hollywood in the 1930s. She gained insights from those who knew her before her fame and from those she loved throughout her life. Film, radio and television history come to life with the appearances on these pages of such greats as The Marx Brothers, Buster Keaton, Louis B. Mayer, and of course Desi Arnaz, who march and pratfall through the pages of this outstanding biography.