Want to listen to the audiobook Mao: The Man Who Made China written by Philip Short?
MP3 Audiobook Player is here to help! 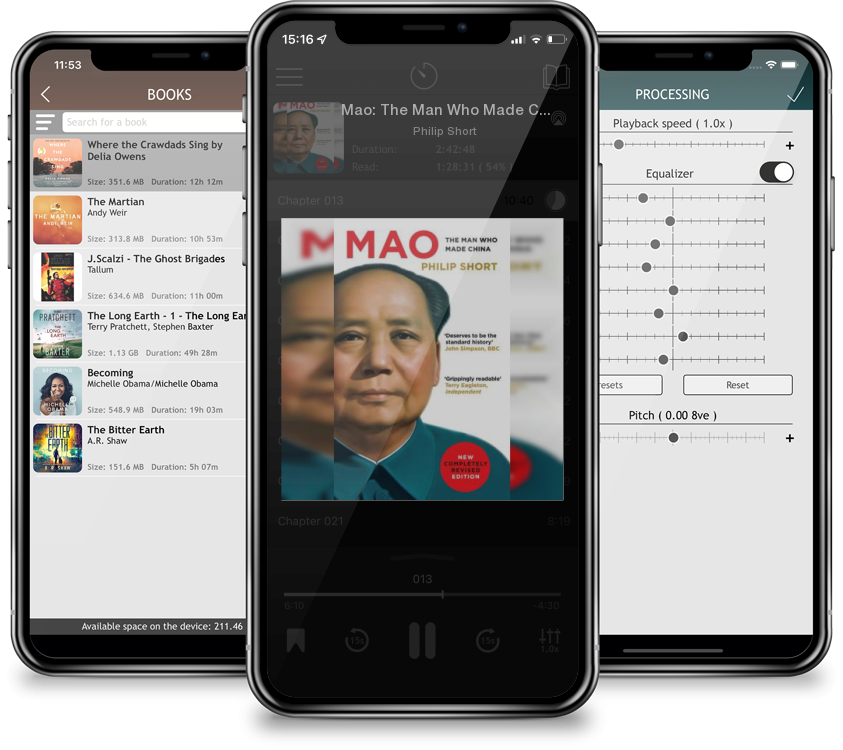 Mao: The Man Who Made China

One of the great figures of the twentieth century, Chairman Mao looms irrepressibly over the economic rise of China. Mao Zedong was the leader of a revolution, a communist who lifted hundreds of millions out of poverty, an aggressive and distrustful leader, and a man responsible for more civilian deaths than perhaps any other historical figure. Now, four decades after Mao's death, acclaimed biographer Philip Short presents a fully updated and revised edition of his ground-breaking and masterly biography. Vivid, uncompromising and unflinching, Short presents in one-volume the man behind the propaganda--his family, his beliefs and his horrors. In doing so he shows us both the human being Mao was, and the monster he became.