Want to listen to the audiobook 20th Century-Fox: Darryl F. Zanuck and the Creation of the Modern Film Studio (Turner Classic Movies) written by Scott Eyman?
MP3 Audiobook Player is here to help! 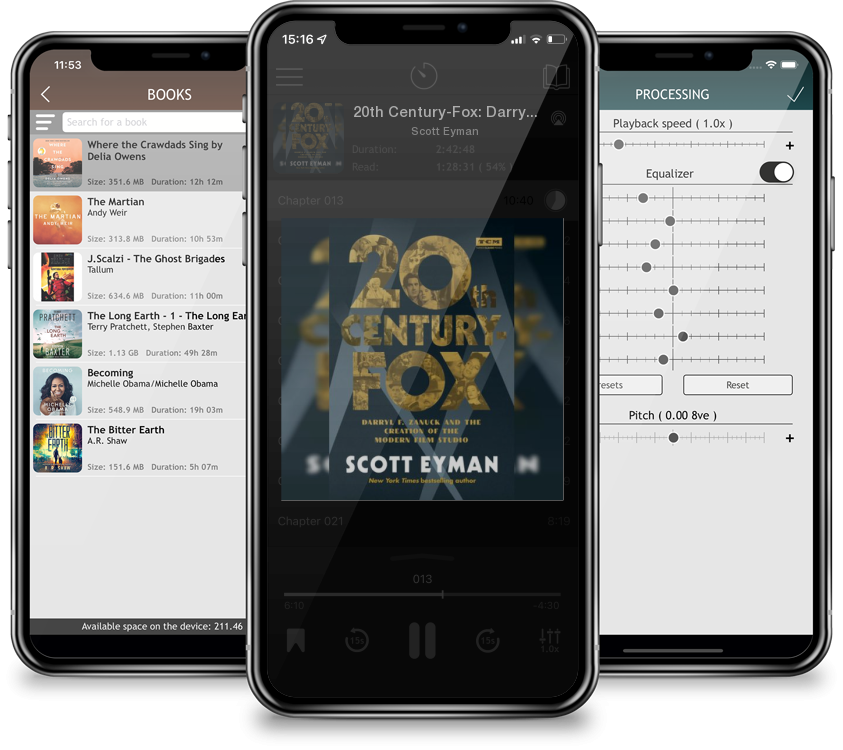 From New York Times bestselling author Scott Eyman, this is the story one of the most influential studios in film history, from its glory days under the leadership of legendary movie mogul Darryl F. Zanuck up to its 2019 buyout by Disney.  March 20, 2019 marked the end of an era -- Disney took ownership of the movie empire that was Fox. For almost a century before that historic date, Twentieth Century-Fox was one of the preeminent producers of films, stars, and filmmakers. Its unique identity in the industry and place in movie history is unparalleled -- and one of the greatest stories to come out of Hollywood. One man, a legendary producer named Darryl F. Zanuck, is the heart of the story. This narrative tells the complete tale of Zanuck and the films, stars, intrigue, and innovations of the iconic studio that was.