Want to listen to the audiobook 500 Chess Puzzles, Mate in 4, Advanced Level written by Chess Akt?
MP3 Audiobook Player is here to help! 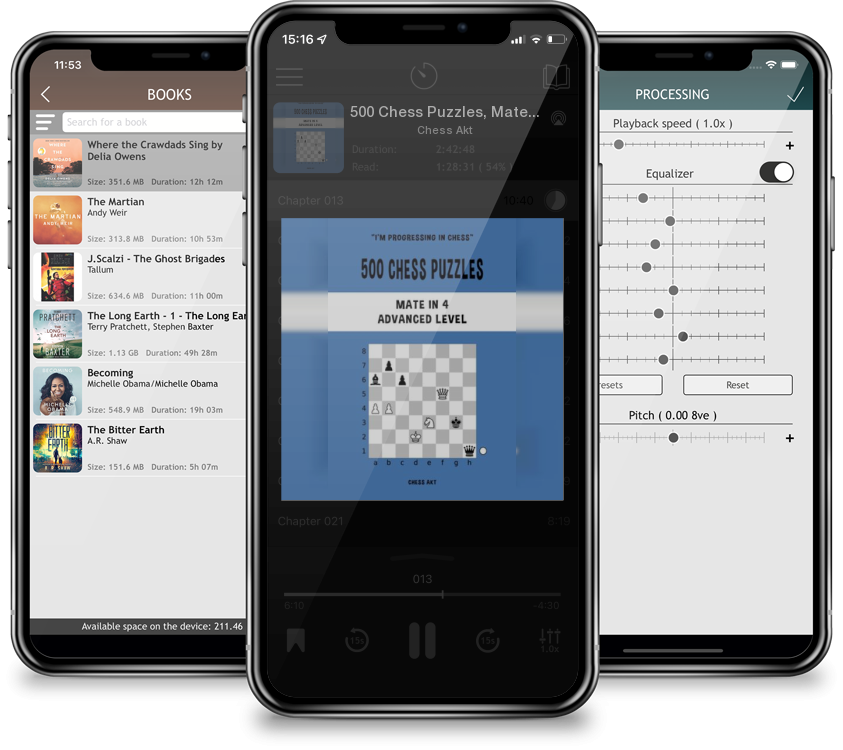 Solve chess problems and improve your chess tactical skills. This booklet of chess problems will certainly be of great benefit to confirmed players. By practicing day after day, they will progress, in a certain way, using the best tactical schemes. In chess, tactical play is crucial. Any strategy, patiently built, can be instantly ruined by a tactical move. The strategy is a general plan that requires many moves to be realized. On the contrary, the tactic is a short-term operation that contributes to the achievement of the strategy. The tactic usually involves few, but incisive shots. In general, the tactic is for checkmate or material gain. To do this, it often uses attacks such as fork, pinning, deflection, overload, sacrifice, etc. To improve your tactical sense, it is necessary to practice regularly to solve diagrams such as those presented in this series. The following 500 problems are progressive, they should allow you to reach a new level in your progression.