Want to listen to the audiobook A Carpenter's Life as Told by Houses written by Larry Haun?
MP3 Audiobook Player is here to help! 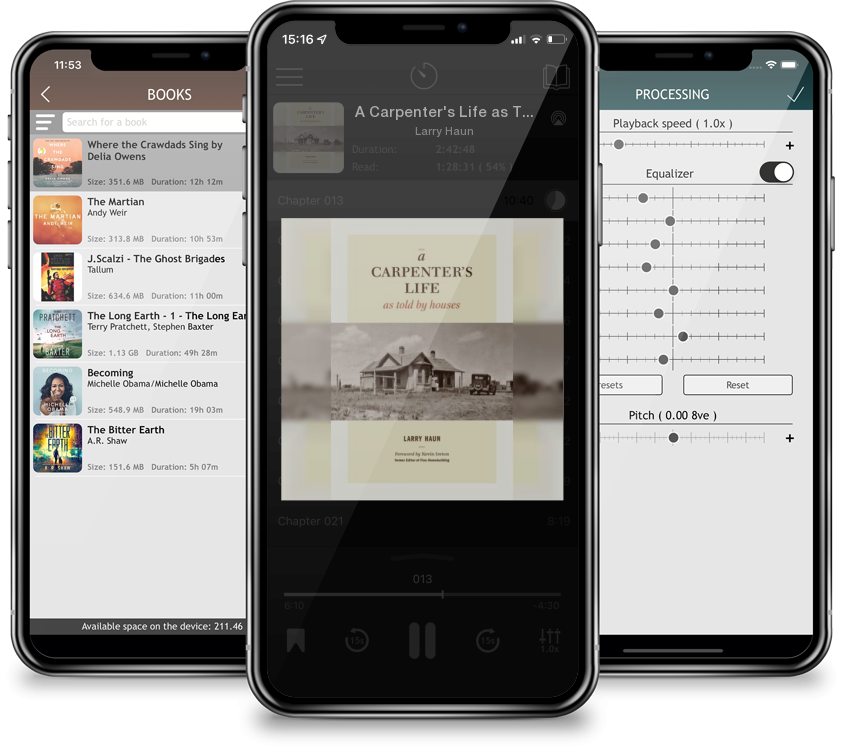 A Carpenter's Life as Told by Houses

"... Larry Haun is as much a historian and philosopher as he is a 60-year veteran carpenter. Larry's memoir would be equally at home on the bookshelves of home building and architecture enthusiasts as anyone on a spiritual journey."- Brian Pontolilo, Editor, Fine Homebuilding Magazine The unforgettable memoir of a legendary builder. You don't have to be a carpenter to appreciate this fascinating book that Publishers Weekly calls, "a first person timeline of 20th century American residential architecture... combining ...two literary styles: the memoir and the how-to book." A moving story of that place we call home. An early advocate for building lean and green and an avid blogger, Larry Haun tells his unique story in terms of twelve homes - built over the last 100 years. These are homes he knows intimately, drawing the reader in with detailed descriptions and thoughtful observations. "Just like any good carpenter, Haun brings his own artistic flourishes to the job of storytelling.... But where Haun's true personality comes across is when he describes the construction process for the many houses he has lived in and built--from his parent's 1,000-sq. ft. wood-frame house and the adobe and cob structures of the Southwest to the mid-century pre-fabricated and tract houses, and the more recent Habitat for Humanity homes he has donated his time to help erect." Publishers Weekly, 6/13/2011 A delight to read. A great gift. This engaging memoir will appeal to anyone who appreciates a well-told story. A Carpenter's Life As Told in Houses explores our love of home - feelings so deeply rooted that they go far beyond wood and plaster and shingles. Share the author's deep connection to the natural world, his yearning for simplicity, and respect for humanity - and see why he believes that less is more.