Want to listen to the audiobook A Descent Into Hell: The True Story of an Altar Boy, a Cheerleader, and a Twisted Texas Murder (Mass Market) written by Kathryn Casey?
MP3 Audiobook Player is here to help! 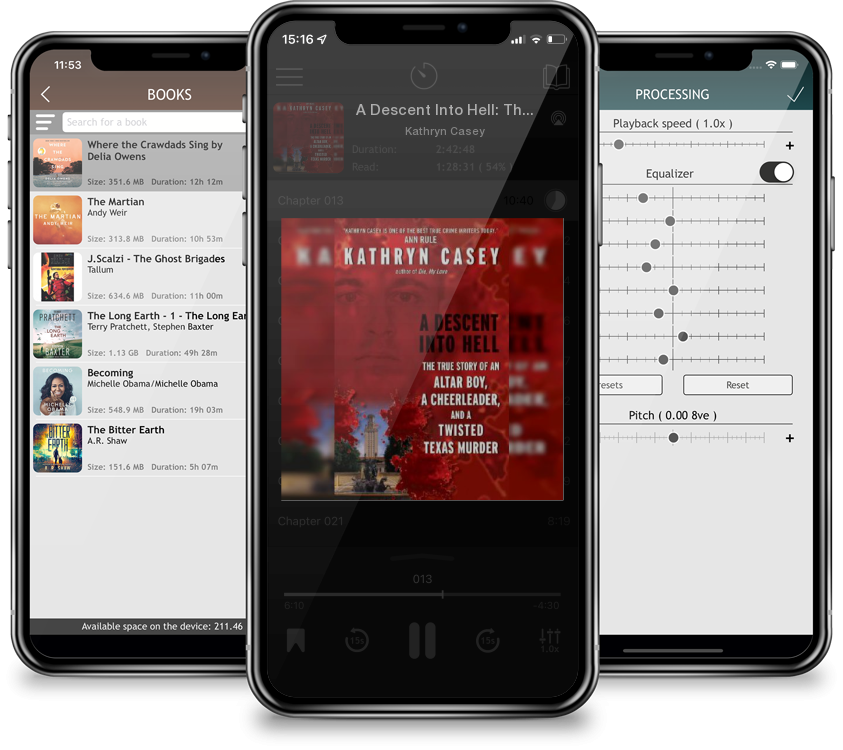 A Descent Into Hell: The True Story of an Altar Boy, a Cheerleader, and a Twisted Texas Murder (Mass Market)

Bright, attractive, and both from good families, University of Texas college student Colton Pitonyak and vibrant redhead Jennifer Cave had the world at their beckoning. Cave, an ex-cheerleader, had just landed an exciting new job, while a big-money scholarship to UT's prestigious business school lured Pitonyak to Austin. Yet the former altar boy had a dark, unpredictable streak, one that ensnared him in the perilous underworld of drugs and guns. When Jennifer failed to show up for work on August 18, 2005, her mother became frightened. Sharon Cave's search led to Colton's West Campus apartment, where Jennifer's family discovered a scene worthy of the grisliest horror movie. Meanwhile, Colton Pitonyak was nowhere to be found.A Descent Into Hell is the gripping true story of one of the most brutal slayings in UT history—and the wild "Bonnie and Clyde-like" flight from justice of a cold-blooded young killer and his would-be girlfriend, who claimed that her unquestioning allegiance to Pitonyak was "just the way I roll."