Want to listen to the audiobook A Game Plan for Life: The Power of Mentoring written by John Wooden?
MP3 Audiobook Player is here to help! 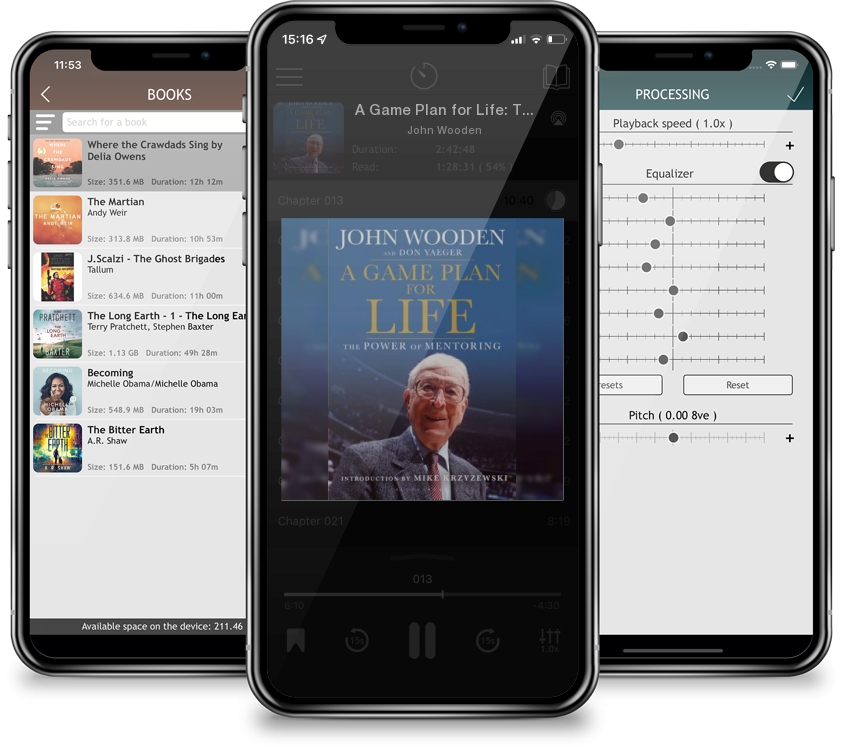 A Game Plan for Life: The Power of Mentoring

From the legendary basketball coach who inspired generations of athletes and businesspeople, an inspiring book about the power of mentoring and being mentored.After eight books, many of them bestsellers, A Game Plan for Life was the one closest to John Wooden's heart: a moving and inspirational guide to the power of mentorship. The first half focuses on the people who helped foster the values that carried Wooden through an incredibly successful and famously principled career, including his father, his college coach, his wife, Mahatma Gandhi, and Mother Teresa. The second half is built around interviews with some of the many people he mentored over the years, including Kareem Abdul-Jabbar and Bill Walton. Their testimony takes readers inside the lessons Wooden taught to generations of players, bringing out the very best in them not just as athletes but as human beings. In all, this is an inspiring primer on how to achieve success without sacrificing principles and how to build one of the most productive and rewarding relationships available to any athlete, businessperson, teacher, or parent-that of mentor and protégé.