Want to listen to the audiobook A General Introduction to Psychoanalysis written by G. Stanley Hall?
MP3 Audiobook Player is here to help! 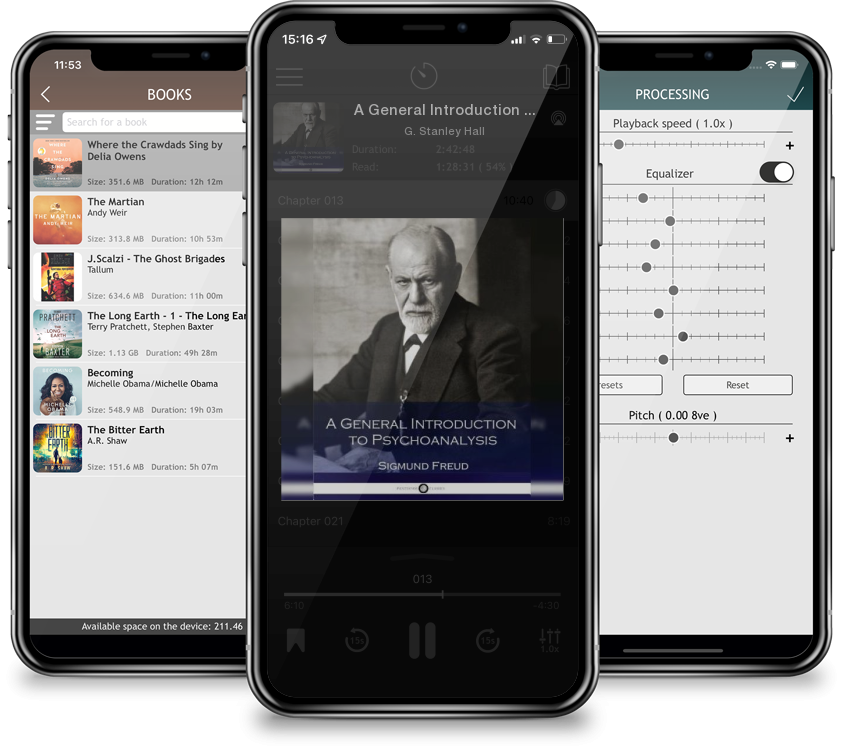 A General Introduction to Psychoanalysis

Freud's timeless lectures on psychoanalytic thought, dream interpretation, and his theory of the neuroses are presented here in their authoritative translation to English by G. Stanley Hall. First delivered and published between 1915 and 1917, these lectures see a mature Freud expound on his theories and practices which at the time were revolutionary. While generally outdated in the modern setting, the methods detailed were valuable as a benchmark upon which future psychologists and psychiatrists built in subsequent years. Designed to introduce the enthusiastic layman to the psychoanalytic techniques Freud spent decades developing and refining, A General Introduction to Psychoanalysis ranges across several key tenets of Freudian thought. Several lectures concern the means by which dreams may be interpreted as an insight into the state of the patient's psyche, with symbols and distant memories particularly cited. The latter lectures see Freud discuss aspects of his theories of neurosis; various manifestations of mental disorder, their causes and the means by which they are identified and treated, are detailed. Freud is careful to differentiate between the normal realms in which the mind operates - such as in everyday fears and anxieties - and the point at which mental illness and malady is considered to have surfaced. In the context of dreams and neurosis, Freud relates the sexual impulses and his opinions that the drive for sex has a great bearing on the individual's state of mind. The notion of healthy human development, and the contrasts between it and the abnormal psyche, form a constant thread through all twenty-eight of these lectures.