Want to listen to the audiobook A Georgia Lawyer: His Observations and Public Service written by Stirling Price Gilbert?
MP3 Audiobook Player is here to help! 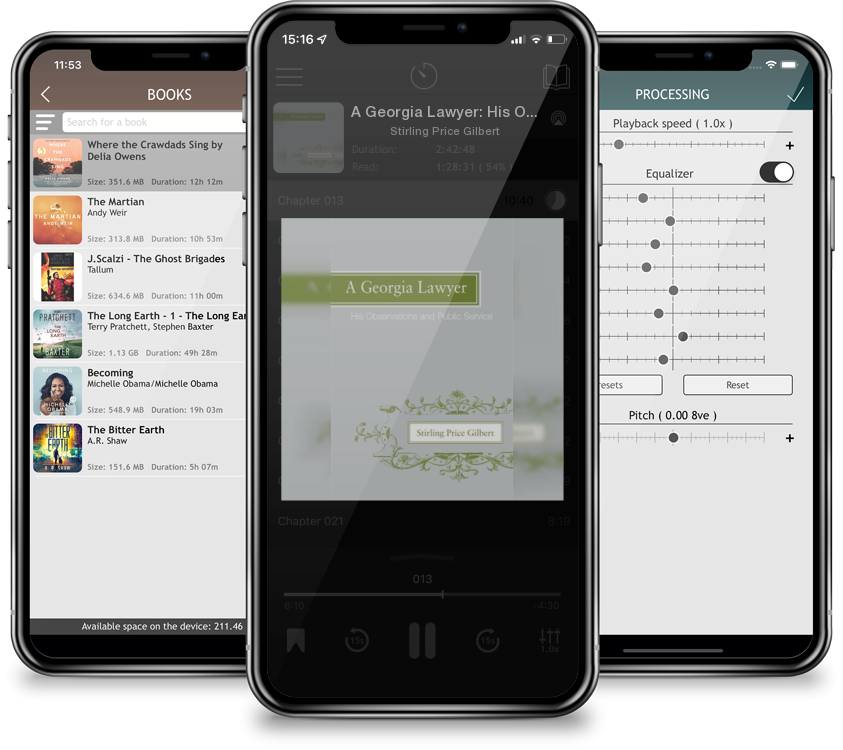 A Georgia Lawyer: His Observations and Public Service

Published in 1951, Stirling Price Gilbert's memoir details his career as a member of the Georgia State House of Representatives and as a Georgia Supreme Court judge. He offers legal commentary on important cases that he encountered during his career and outlines his views on the role of government. Gilbert also refl ects on many social, political, and historical aspects of Georgia including the development of its "coastal paradise" and the impact of wars on the state.