Want to listen to the audiobook A Ghost's Memoir: The Making of Alfred P. Sloan's My Years with General Motors written by John McDonald?
MP3 Audiobook Player is here to help! 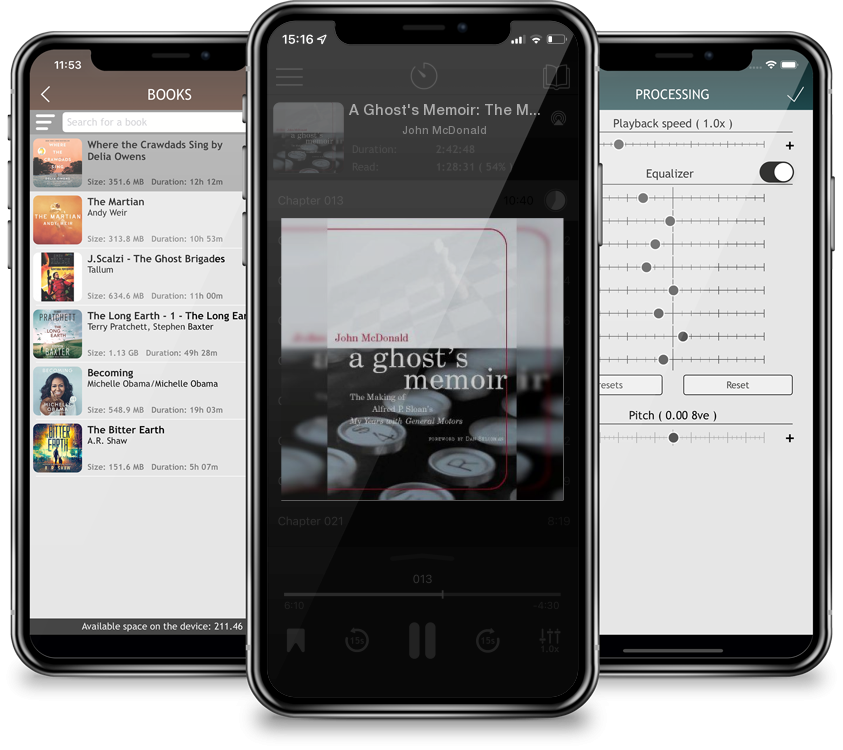 A Ghost's Memoir: The Making of Alfred P. Sloan's My Years with General Motors

The story of the ghostwriting of Alfred P. Sloan's best-selling memoir, General Motor's attempts to block the book's publication, and the author's eventual triumph over the corporation.Published in 1964, My Years with General Motors was an immediate best-seller and today is considered one of the few classic books on management. The book is the ghostwritten memoir of Alfred P. Sloan, Jr. (1875-1966), whose business and management strategies enabled General Motors to overtake Ford as the dominant American automobile manufacturer in the 1920s and 1930s.What has been largely unknown until now is that My Years with General Motors was almost not published. Although it was written with the permission of General Motors--and slated for publication in October 1959--at the last minute General Motors tried to suppress the book out of fears that some of the material in it could become evidence in an antitrust action against the company. This book, by John McDonald, Sloan's ghostwriter, tells the behind-the-scenes story of the book's writing, its attempted suppression, and the lawsuit that eventually led to its publication. McDonald's narrative is partly the David-and-Goliath story of a lone journalist taking on the world's then-largest corporation and partly a study of strategy in its own right. McDonald's struggle to publish the book led him to navigate a complicated course among the competing interests of General Motors, Fortune magazine (his employer), and Time, Inc. (Fortune's owner). In many ways this book about the book parallels the Sloan book as a tale of successful, brilliantly planned strategy.