Want to listen to the audiobook A Guide to New Jersey's Revolutionary War Trail: for Families and History Buffs written by Mark Di Ionno?
MP3 Audiobook Player is here to help! 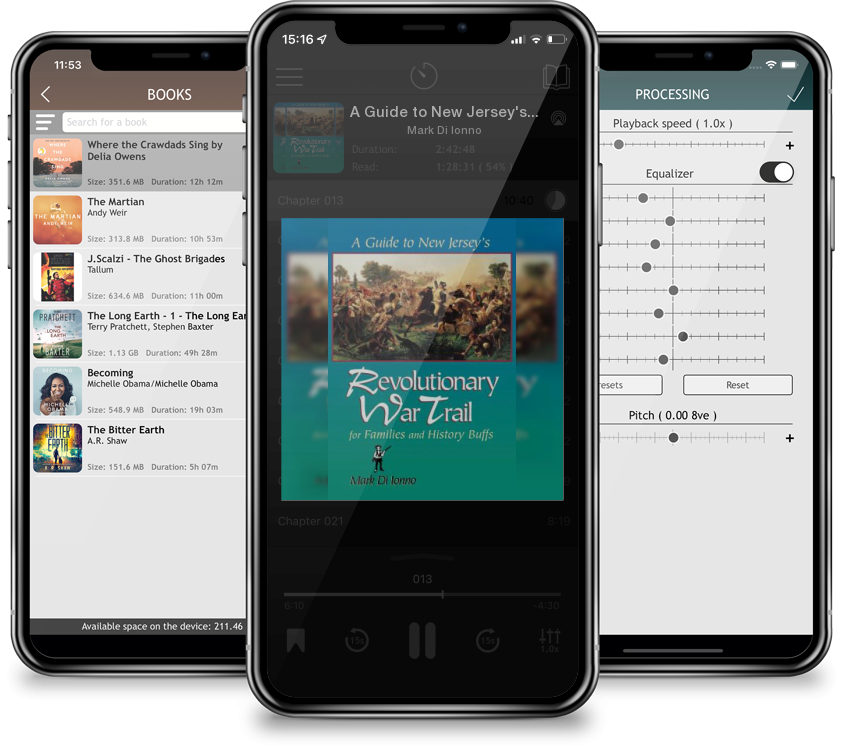 A Guide to New Jersey's Revolutionary War Trail: for Families and History Buffs

Winner of the 2000 New Jersey Academic Alliance Book Award Hit the road with journalist Mark DiIonno as he takes you on a tour of New Jersey’s extraordinary Revolutionary War history. Listing more than 350 historic sites throughout the state, DiIonno has compiled the most complete guide ever to the Revolutionary War in the Garden State.New Jersey’s role in the Revolutionary War is widely overlooked. Every school kid learns about the Boston Tea Party but not the Greenwich tea burning; and about the miserable winter at Valley Forge but not Jockey Hollow. Schools fund class trips to Philadelphia’s Independence Hall but not Princeton’s Nassau Hall. To find history in New Jersey, all you need is DiIonno’s book as your guide. His easy-to-read volume helps readers explore the cities and the countryside from Bergen to Cape May County to find out exactly what happened there during the Revolutionary War. While previously published books center on the highlights — Fort Lee and Washington’s retreat across the state, victories at Trenton and Princeton, the brutal winter encampment at Jockey Hollow and the Battle of Monmouth —  DiIonno fills in the blanks. Battlefields, churches, homes of the famous and infamous, cemeteries, parks, taverns, liberty poles, bridges, creeks, hills, museums, encampment sites, lighthouses, historical societies, walking trails, monuments, plaques—if it played a part in or commemorates the Revolutionary War in New Jersey, DiIonno tells you what happened there, the personalities involved, and how to see it for yourself. The sites are conveniently cataloged by county, with a helpful summary of the area’s war history beginning each chapter. Each entry lists the town and directions to each site, and where appropriate, a complete address, telephone numbers, and hours of operation. Both public and private sites are described, and DiIonno advises readers of which private sites tours can be arranged.