Want to listen to the audiobook A Life in Movies: Stories from 50 years in Hollywood written by Irwin Winkler?
MP3 Audiobook Player is here to help! 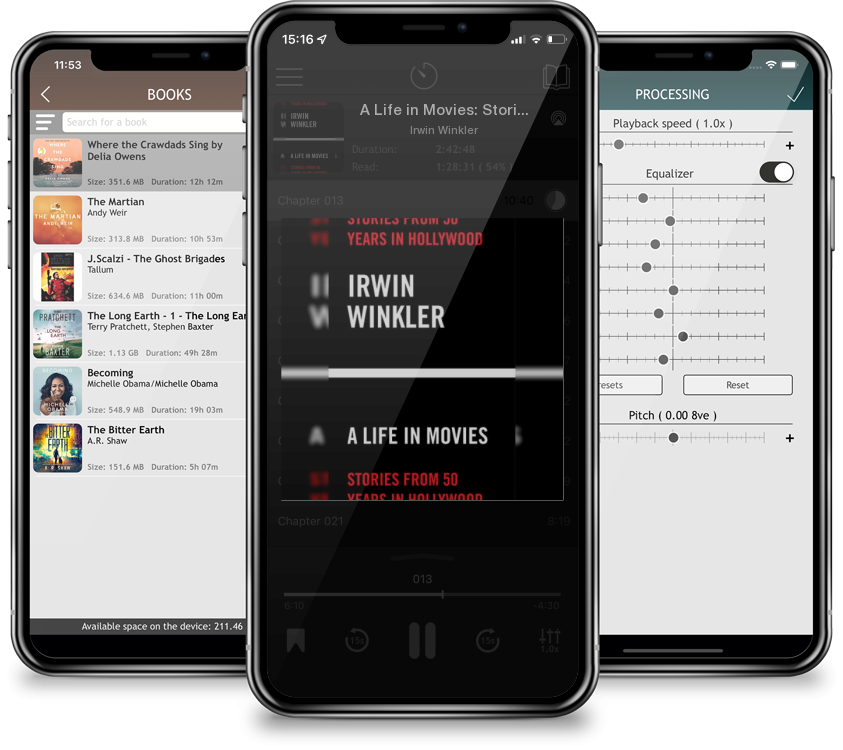 A Life in Movies: Stories from 50 years in Hollywood

A rollicking autobiography from the legendary producer of Goodfellas, Rocky, and Raging Bull, and an insider’s account of making movies in Hollywood over half a century   The list of films Irwin Winkler has produced in his more-than-fifty-year career is extraordinary: Rocky, Goodfellas, Raging Bull, De-Lovely, The Right Stuff, Creed, and The Irishman. His films have been nominated for fifty-two Academy Awards, including five movies for Best Picture, and have won twelve. In A Life in Movies, his charming and insightful memoir, Winkler tells the stories of his career through his many films as a producer and then as a writer and director, charting the changes in Hollywood over the past decades. Winkler started in the famous William Morris mailroom and made his first film—starring Elvis—in the last days of the old studio system. Beginning in the late 1960s, and then for decades to come, he produced a string of provocative and influential films, making him one of the most critically lauded, prolific, and commercially successful producers of his era. This is an engrossing and candid book, a beguiling exploration of what it means to be a producer, including purchasing rights, developing scripts, casting actors, managing directors, editing film, and winning awards. Filled with tales of legendary and beloved films, as well as some not-so-legendary and forgotten ones, A Life in Movies takes readers behind the scenes and into the history of Hollywood.