Want to listen to the audiobook A Million Years with You: A Memoir of Life Observed written by Elizabeth Marshall Thomas?
MP3 Audiobook Player is here to help! 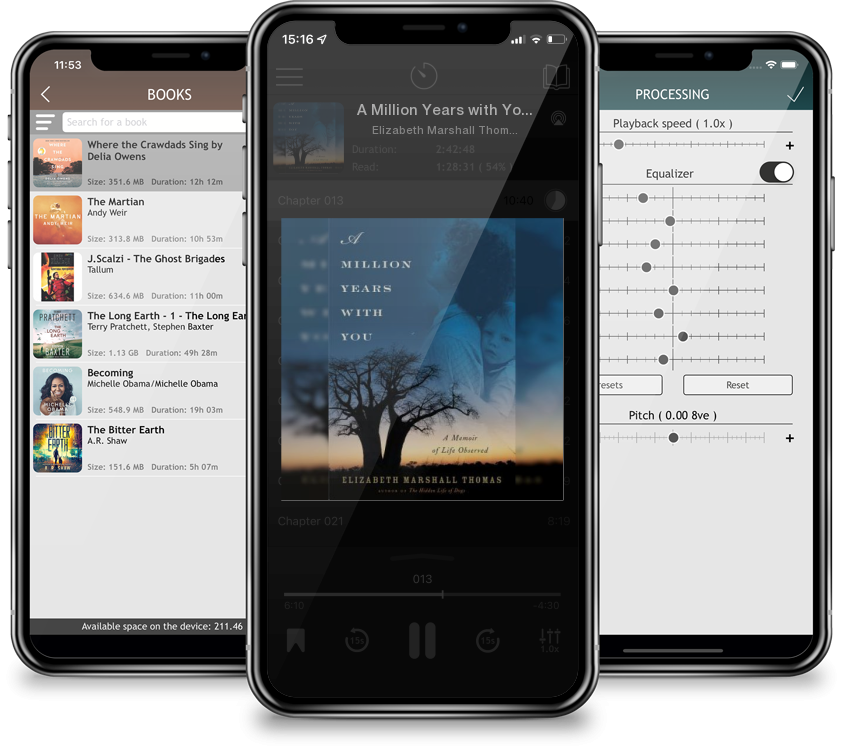 A Million Years with You: A Memoir of Life Observed

One of our greatest literary naturalists turns her famed observational eye on herself in this captivating memoir.How is it that an untrained, self-taught observer and writer could see things that professional anthropologists often missed? How is that a pioneering woman, working in male-dominated fields, without sponsors or credentials, could accomplish more than so many more celebrated and professionally educated men could manage? How can we all unlock the wisdom of the world simply by paying close attention? With their intelligence and acute insight into other cultures and species, Elizabeth Marshall Thomas's many books have won a wide and loving audience. In A Million Years with You, this legendary author shares stories from her life, showing how a formative experience in South West Africa (now Namibia) in the 1950s taught her how to pay attention to the ancient wisdom of animals and humankind.As a young woman, Marshall Thomas joined her family on an anthropological expedition to the Kalahari Desert, where she conducted fieldwork among the Ju/wa Bushmen, later publishing her findings as The Harmless People. After college, a wedding, and the birth of two children, she returned to Uganda shortly before Idi Amin's bloody coup. Her skills as an observer and a writer would be put to the test on many other occasions working with dogs, cats, cougars, deer—and with more personal struggles. A Million Years with You is a powerful memoir from a pioneering woman, an icon of American letters.