Want to listen to the audiobook A Naturalist's Voyage Round the World: The Voyage of the Beagle written by Charles Darwin?
MP3 Audiobook Player is here to help! 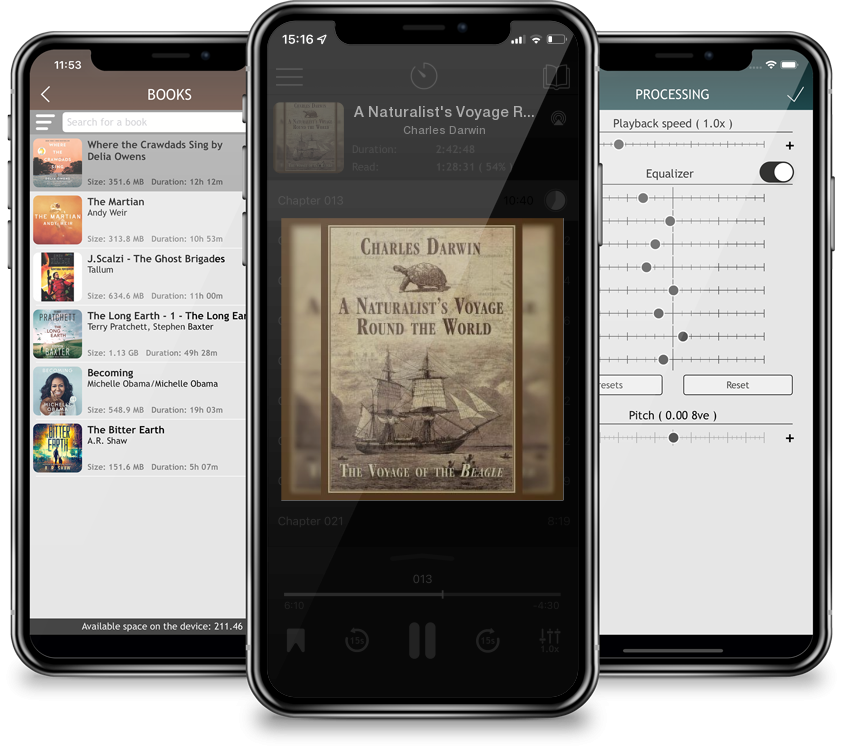 A Naturalist's Voyage Round the World: The Voyage of the Beagle

When On the Origin of Species came out in 1859, it changed the understanding of life and was the foundation of evolutionary biology. All the material that he received for this book was from the famous expeditions he took on the Beagle during the 1830s. This is the story of that voyage.A Naturalist’s Voyage Round the World follows Charles Darwin over his almost five-year journey around the world, in which he studied animals, plants, geology, and much more. From the tip of South America and the Galapagos Islands to Australia and Tahiti, Darwin set out to study geology, but ended up finding the information that would lead to his theory of evolution by natural selection.With the original images from Darwin’s journal, A Naturalist’s Voyage Round the World is an incredible look into the past at one of the most important documentations of a sea voyage ever. The information collected by Darwin changed our world, and now you can relive every moment in his own words and illustrations.