Want to listen to the audiobook A Revolution in Color: The World of John Singleton Copley written by Jane Kamensky?
MP3 Audiobook Player is here to help! 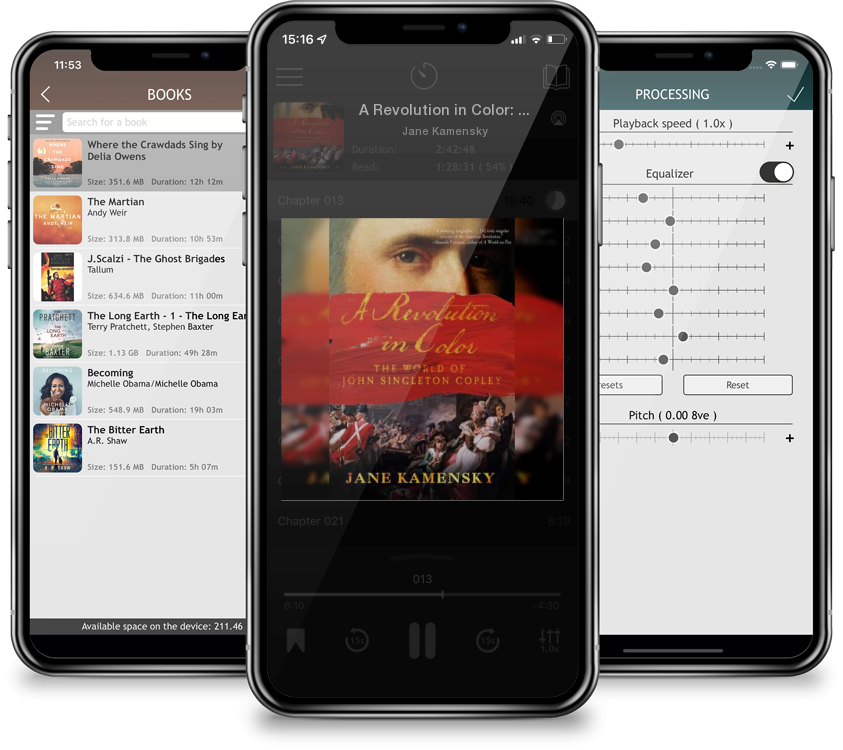 A Revolution in Color: The World of John Singleton Copley

"A stunning biography…[A] truly singular account of the American Revolution." —Amanda Foreman, author of A World on Fire Through an intimate narrative of the life of painter John Singleton Copley, award-winning historian Jane Kamensky reveals the world of the American Revolution, rife with divided loyalties and tangled sympathies. Famed today for his portraits of patriot leaders like Samuel Adams and Paul Revere, Copley is celebrated as one of America’s founding artists. But, married to the daughter of a tea merchant and seeking artistic approval from abroad, he could not sever his own ties with Great Britain. Rather, ambition took him to London just as the war began. His view from abroad as rich and fascinating as his harrowing experiences of patriotism in Boston, Copley’s refusal to choose sides cost him dearly. Yet to this day, his towering artistic legacy remains shared by America and Britain alike.