Want to listen to the audiobook A School in South Uist: Reminiscences of a Hebridean Schoolmaster, 1890-1913 written by F. G. Rea?
MP3 Audiobook Player is here to help! 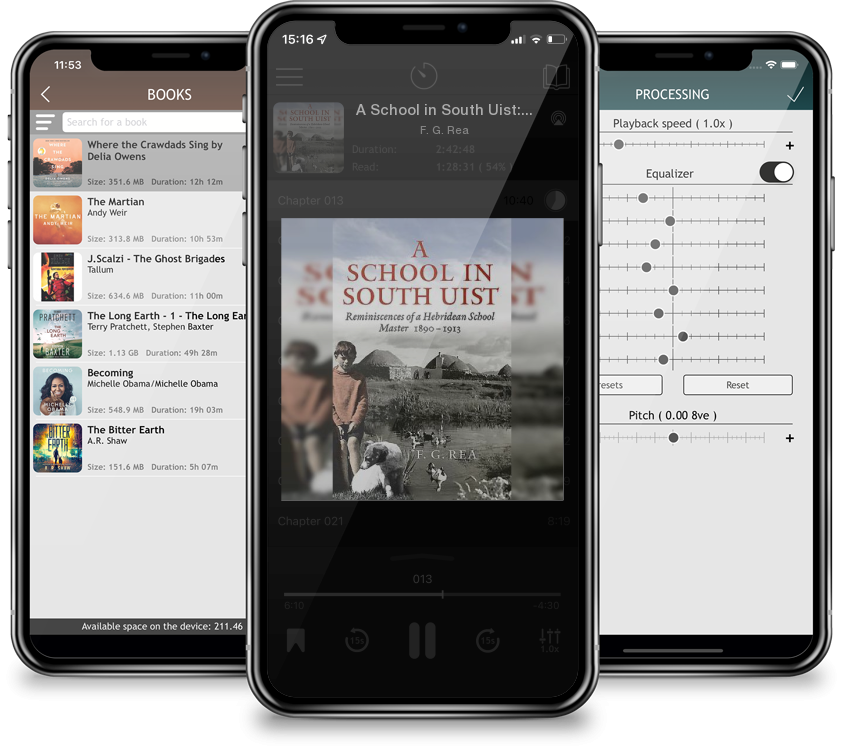 A School in South Uist: Reminiscences of a Hebridean Schoolmaster, 1890-1913

These are the memories of Frederick Rea, an English teacher who became headmaster of Garrynamonie School in South Uist in the 1890s. At that time, the Hebrides were as remote and forbidding to mainlanders as the Antarctic is to us today, and South Uist was one of the poorer districts. Roads were often no more than rough tracks across the mountain moorland or over the storm-swept machair. His Gaelic-speaking pupils were often frozen and starving, and fever epidemics were frequent. Rea's memoirs show how he strove to meet these difficulties. His pupils remember him as a sincere, conscientious man and an excellent teacher. This book also reveals his keen powers of observation, and his interest in the unfamiliar scenes and events he witnessed and recorded. His lack of city comforts was more that compensated for by the wonders of the natural world and the uncommon kindness and generosity of the islanders. Dr. Rea treasured his memories of South Uist for the rest of his life, and his love and respect for the islands is wonderfully conveyed in this vivid testament.