Want to listen to the audiobook A Second Wind: A Memoir written by Philippe Pozzo di Borgo?
MP3 Audiobook Player is here to help! 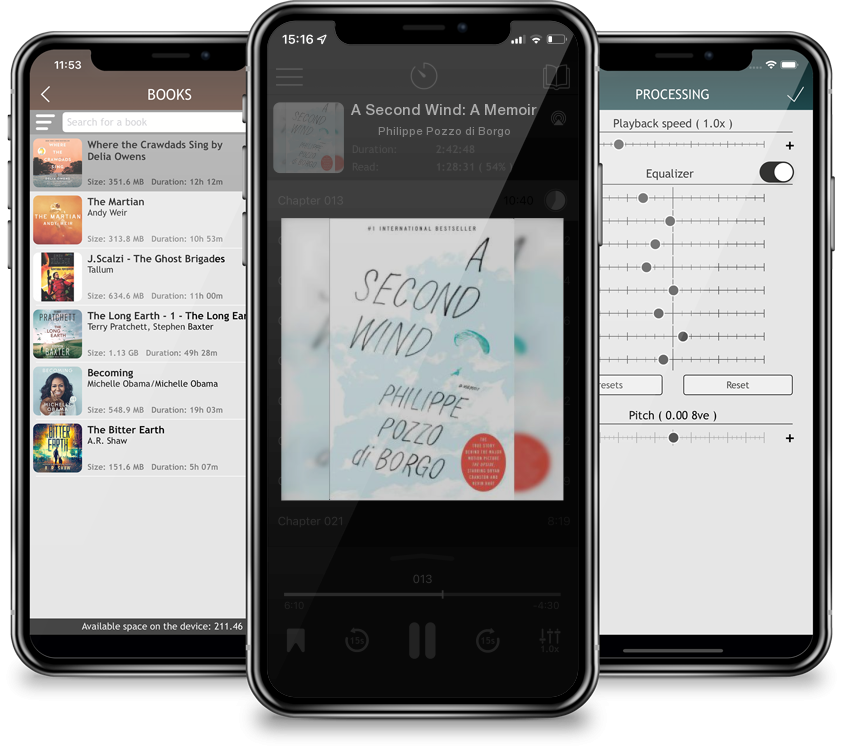 A Second Wind: A Memoir

Now a major motion picture—The Upside—starring Bryan Cranston, Kevin Hart, and Nicole Kidman. Discover the moving and heartfelt #1 international bestseller and inspiration for the film The Upside about an aristocratic Frenchman who is paralyzed in an accident and has to adjust to his new normal with the help of his unlikely caregiver.As the descendant of two prominent French families and director of a legendary vineyard, Philippe Pozzo di Borgo was not in the habit of asking for help. Then, in 1993, right on the heels of his beloved wife’s diagnosis of a terminal illness, a paragliding accident left him a quadriplegic. He was forty-two years old and unable to do anything—even feed himself—without the help of another person. Passing his days hidden behind the high walls of his Paris townhouse, Philippe was totally isolated. His paralysis rendered him unable to reach out to others and seemed to make people unwilling to touch him or acknowledge the reality of his existence. For the first time, he learned what it felt like to be excluded. The only person who seemed not to be bothered by Philippe’s condition was someone who had been marginalized his entire life: Abdel, an unemployed, uninhibited Algerian immigrant from the outskirts of society who would become Philippe's unlikely caretaker. With his tenacious spirit and irreverent sense of humor, Abdel is able to reawaken Philippe’s connection to people and the larger world around him. A Second Wind is the inspiring true story of two men who refused to ask for help, and then wound up helping each other in more ways than they could imagine.