Want to listen to the audiobook A Tangled Web: A Cyberstalker, a Deadly Obsession, and the Twisting Path to Justice. written by Leslie Rule?
MP3 Audiobook Player is here to help! 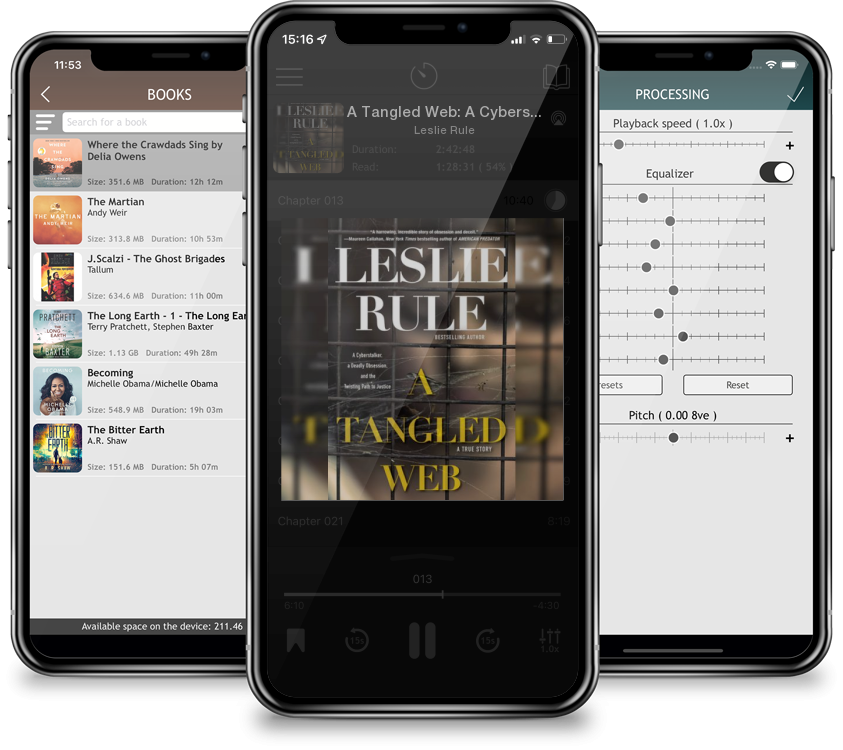 A Tangled Web: A Cyberstalker, a Deadly Obsession, and the Twisting Path to Justice.

In the tradition of her acclaimed mother, Ann Rule, author of The Stranger Beside Me, bestselling author Leslie Rule delivers a riveting true story for our time--as she exposes the trail of a sadistic sociopath, identity thief, and killer at the dark heart of a real-life fatal attraction...It was a bleak November in 2012 when Cari Farver, thirty-seven, vanished from Omaha, Nebraska.Texts sent indicated that the hardworking mother had quit her job, abandoned her son, and cut ties with everyone--including her dying father. Though Cari's boyfriend, Dave Kroupa, was hurt, he accepted the breakup-text at face value. Her mother, Nancy Raney, however, doubted that kind-hearted Cari had sent the rude texts she received. "I need to hear your voice," Nancy begged. When the texter refused to speak, Nancy reported Cari missing. While no one saw or spoke to Cari, more than 12,000 sinister emails and texts were sent in her name over the next years. Police were skeptical of Nancy's claim that an impostor had stolen her daughter's identity, but they believed Dave and his girlfriend, Shanna "Liz" Golyar, when they reported the missing woman was cyberstalking them. The tormentor was eerily aware of Dave's every move, knew when Liz visited and threatened to "slit the fat whore's throat." It never occurred to Dave that Cari was a victim--that the real stalker had killed before, and was planning to kill again.Now Leslie Rule tracks the heart-pounding path to long-awaited justice--from a twisted past to the deadly deception and the high-tech forensics that condemned the killer to prison.