Want to listen to the audiobook A Vaquero of the Brush Country: The Life and Times of John D. Young written by John D. Young?
MP3 Audiobook Player is here to help! 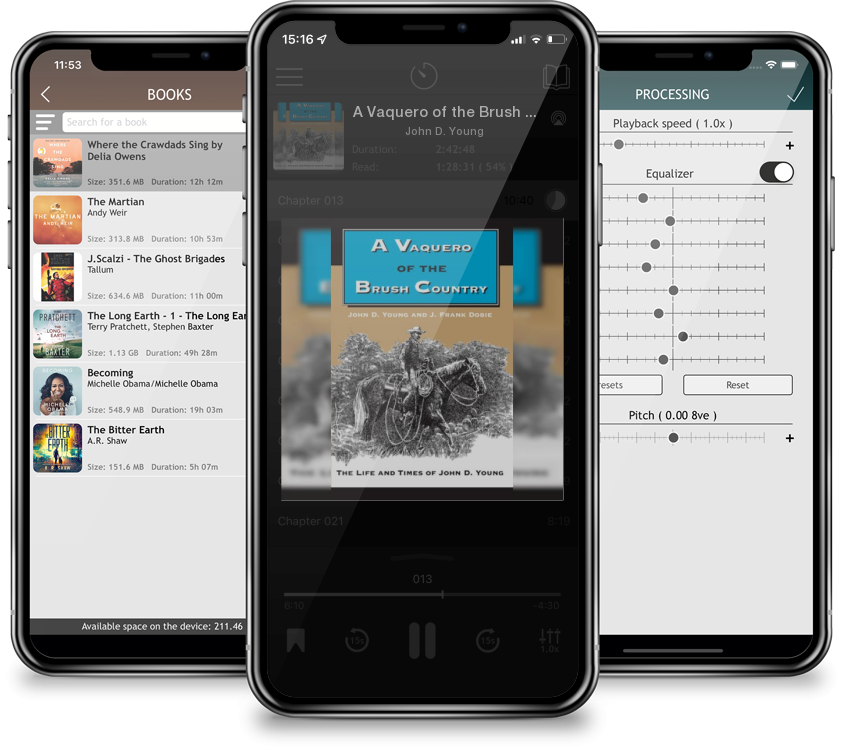 A Vaquero of the Brush Country: The Life and Times of John D. Young

This true story of the Texas brush range and the first cowboys, as thrilling as any tale of fiction, has become a classic in Western literature. It is the story of the land where cattle by tens of thousands were killed on the prairie and where the "Skinning War" was fought. It is the story of the Chisholm Trail up to Abilene and the Platte and of establishing a ranch on the free grass of the Texas Panhandle, of roping elk in Colorado, of trailing Billy the Kid in New Mexico, of the grim lands of the Pecos. And it is the story of John Young, old-time vaquero who was trail driver, hog chaser, sheriff, ranger, hunter of Mexican bandits, horse thief killer, prairie fire fighter, ranch manager, and other things—a man who was also something of a dreamer, a man of imagination.