Want to listen to the audiobook A View From My Bay written by Vincent E. Green?
MP3 Audiobook Player is here to help! 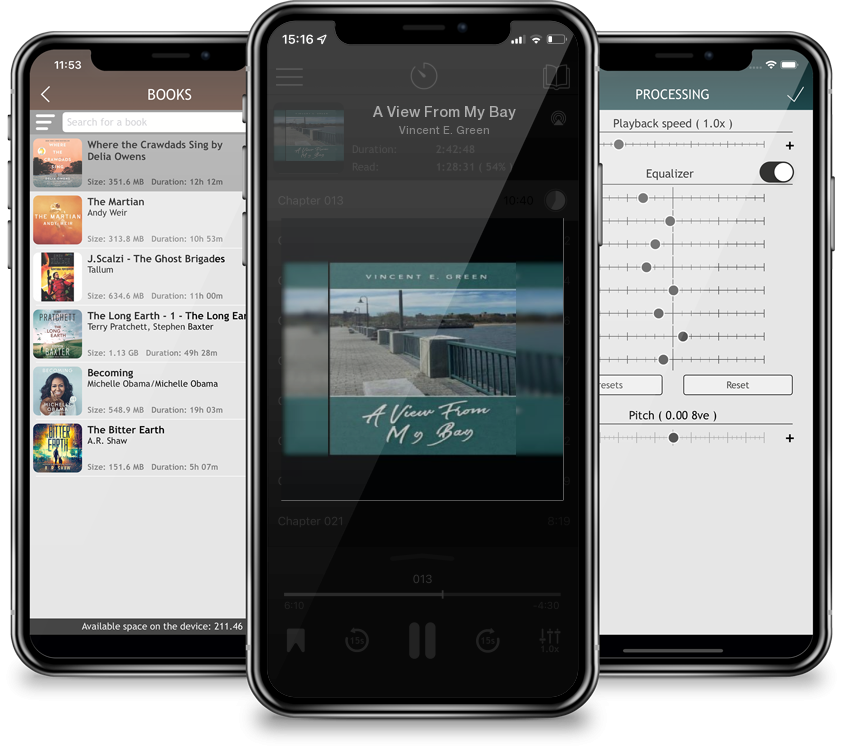 A View From My Bay

G-Square Publishing is honored to release the next thoughtful work from Vincent Green the life-long corruption fighter, former Deputy Commissioner of the New York City Department of Investigation and Chief Executive Officer for the G-Square International Training Academy. In stark contrast to his previous award winning literary works, the decorated corruption fighter finds his voice in this undertaking through his personal prose, poignant poetry and self-reflective short stories'.As this and his previous works demonstrate, Vinny's life has been devoted to family and the demise of corruption, this particular work delves into Vinny's formative years growing up in the Bayview Houses of Canarsie, Brooklyn, which offered a well-stocked feeding trough in both hardy and at times, difficult to swallow formative meals in the nurturing and maturing of a corruption fighter. Over the last four decades, Vinny has mastered the skill and art of corruption fighting and deployed those skills throughout the City of New York and when called upon, beyond the borders of the United States into the streets and training rooms of developing nations and elsewhere. Green speaks about love, life, loss, illness, injury, tragedy, triumph, family, and terrorism in his View from My Bay. In this unique work, he finds his voice where it's sometimes lost given his struggle with 9/11 related respiratory and neurological issues after being a first responder in the aftermath of the terrorist attack. Deputy Commissioner Green's stories and poems are uniquely tuned to the ear of most anyone who cares about the negative impact of corruption and stepping onto an economically and politically level playing field of life. Here exists a man who has always had an insatiable thirst to drink from the limited worldwide wells of integrity. This relentless quest has shaped the Commissioner into a role model who cares unabashedly about corralling corruption and bellowing out a clarion call for, zero tolerance for those lost souls who embrace the dark-side and crippling the efforts of their hideous offspring working to infect society. In all of his works, Vinny's expectations are to inspire his readers to make their own mark in the anti-corruption fight.