Want to listen to the audiobook An Address to All Believers in Christ: By A Witness to the Divine Authenticity of the Book of Mormon written by David Whitmer?
MP3 Audiobook Player is here to help! 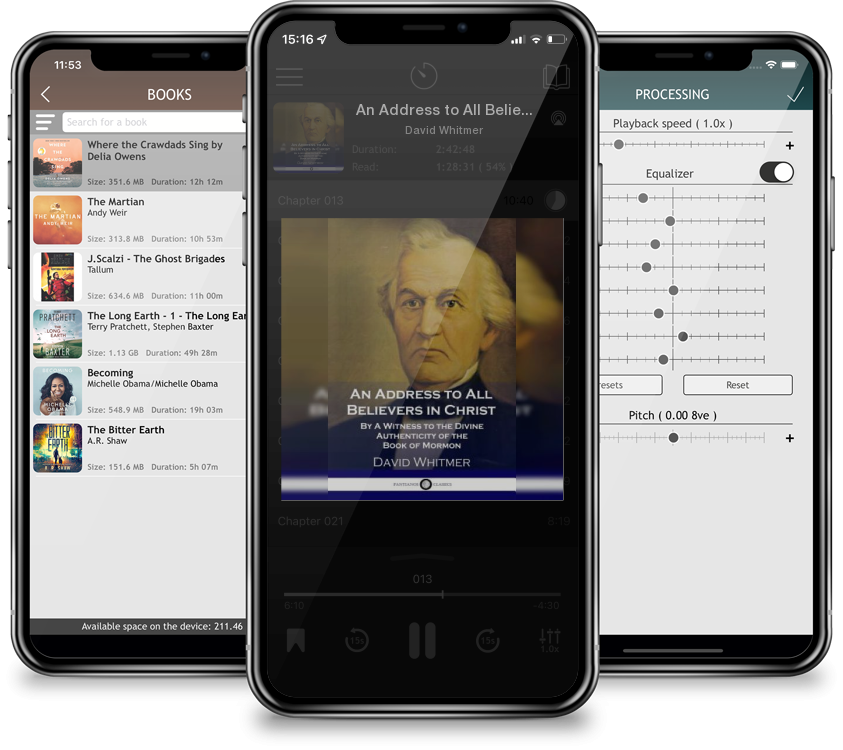 An Address to All Believers in Christ: By A Witness to the Divine Authenticity of the Book of Mormon

Early devotee to the Mormon church David Whitmer issues here his famous missive addressed to all the Christians on Earth.Testifying to the existence of the golden plates discovered by Joseph Smith in New York state, David Whitmer expounds upon the principles of Mormonism and encourages readers to heed his declaration. More controversially, we hear Whitmer's account of how the church gravitated to unusual beliefs and practices such as polygamy. Writing late in his life during the 1880s, the elderly Whitmer decries this practice and other events as examples of Latter Day Saints church leadership going astray.Thus, while the author praises Joseph Smith for using his gifts of prophecy and charisma to found the Mormon movement, he is not commending of the founder's later actions. The abiding message is that God is the ultimate judge of our behaviors, and that it is God who will decide upon the fates of all individuals when they perish and their souls traverse the afterlife.Though upset by what Joseph Smith became, Whitmer offers here a sincere and frank reflection upon the LDS movement. Through life, he would become the most sought-after figure for comment on Mormon matters. As Mormons grew in number and influence, Whitmer's fame was maintained by his status as one of the 'Three Witnesses' to the emergence of the Book of Mormon's golden plates.