Want to listen to the audiobook Apropos of Nothing: Autobiography written by Woody Allen?
MP3 Audiobook Player is here to help! 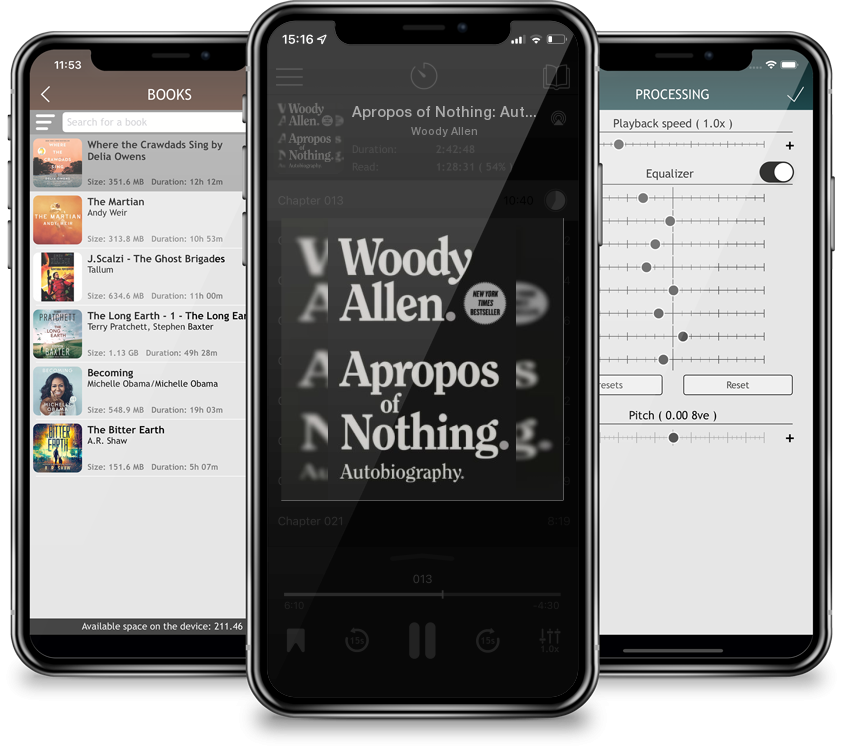 Apropos of Nothing: Autobiography

The Enormously Entertaining Memoir by One of the Great Artists of Our Time—Now a New York Times, USA Today, Los Angeles Times, and Publishers Weekly Bestseller.   In this candid and often hilarious memoir, the celebrated director, comedian, writer, and actor offers a comprehensive, personal look at his tumultuous life. Beginning with his Brooklyn childhood and his stint as a writer for the Sid Caesar variety show in the early days of television, working alongside comedy greats, Allen tells of his difficult early days doing standup before he achieved recognition and success. With his unique storytelling pizzazz, he recounts his departure into moviemaking, with such slapstick comedies as Take the Money and Run, and revisits his entire, sixty-year-long, and enormously productive career as a writer and director, from his classics Annie Hall, Manhattan, and  Hannah and Her Sisters to his most recent films, including Midnight in Paris. Along the way, he discusses his marriages, his romances and famous friendships, his jazz playing, and his books and plays. We learn about his demons, his mistakes, his successes, and those he loved, worked with, and learned from in equal measure.   This is the hugely entertaining, deeply honest, rich and brilliant self-portrait of a celebrated artist who is ranked among the greatest filmmakers of our time.