Want to listen to the audiobook Between the Stops: The View of My Life from the Top of the Number 12 Bus: the long-awaited memoir from the star of QI and The Great British Bake Off written by Sandi Toksvig?
MP3 Audiobook Player is here to help! 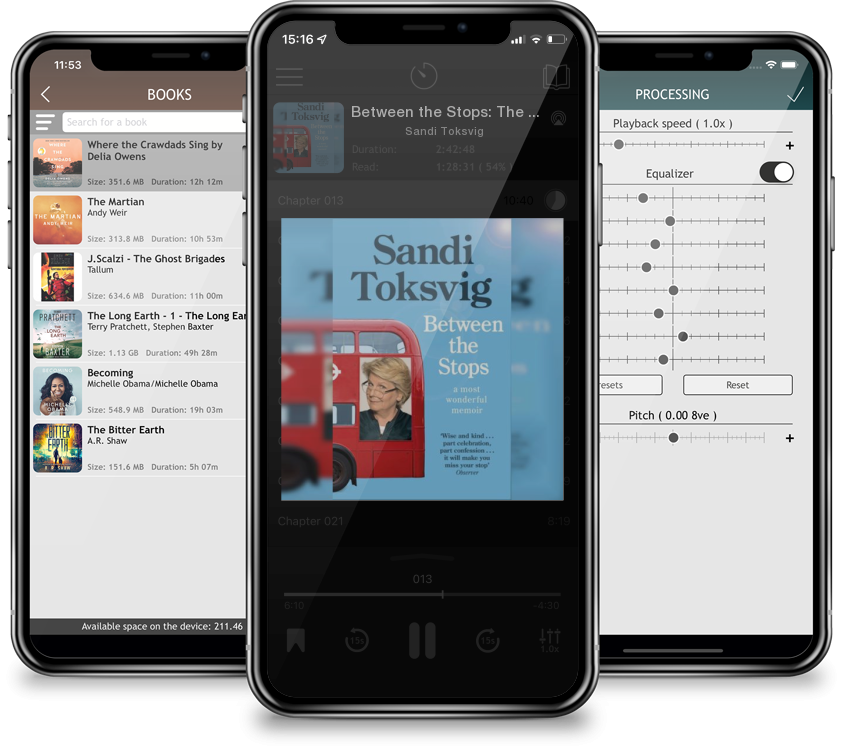 Between the Stops: The View of My Life from the Top of the Number 12 Bus: the long-awaited memoir from the star of QI and The Great British Bake Off

Between the Stops is a sort of a memoir, my sort. It's about a bus trip really, because it's my view from the Number 12 bus (mostly top deck, the seat at the front on the right), a double-decker that plies its way from Dulwich, in South East London where I was living, to where I sometimes work at the BBC in the heart of the capital. It's not a sensible way to write a memoir at all, probably, but it's the way things pop into your head as you travel, so it's my way.From London facts including where to find the blue plaque for Una Marson, 'the first black woman programme maker at the BBC', to discovering the best Spanish coffee under Southwick railway arches; from a brief history of lady gangsters at Elephant and Castle to memories of climbing Mount Sinai and, at the request of a fellow traveller, reading aloud the Ten Commandments; from the story behind Pissarro's painting of Dulwich Station to performing in Footlights with Emma Thompson; from painful memories of being sent to Coventry at a British boarding school to thinking about how Wombells Travelling Circus of 1864 haunts Peckham Rye and anecdotes about Prince Charles, Monica Lewinsky and Grayson Perry; from Bake-Off antics to stories of a real and lasting friendship with John McCarthy, to the importance of family and the daunting navigation of the Zambezi River in her father's canoe; this Sandi Toksvig-style memoir is, as one would expect and hope, packed full of surprise. A funny and moving trip through memories, musings and the many delights on the number 12 route, Between the Stops is also an inspiration to us all to get off our phones, to look up and to talk to each other because as Sandi says: 'some of the greatest trips lie on our own doorstep'.