Want to listen to the audiobook Bird Brother: A Falconer's Journey and the Healing Power of Wildlife written by Rodney Stotts?
MP3 Audiobook Player is here to help! 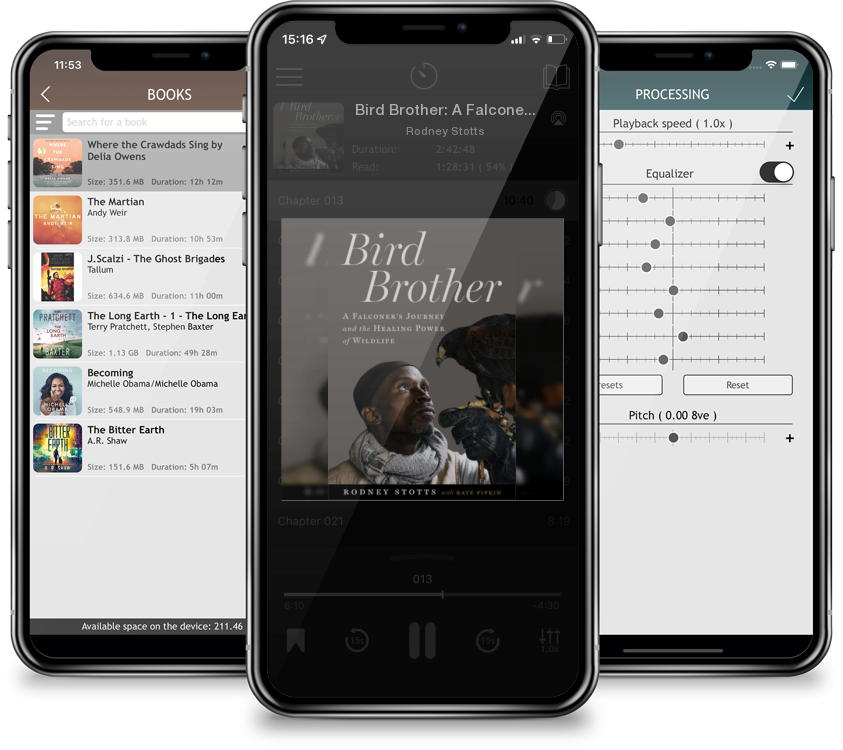 Bird Brother: A Falconer's Journey and the Healing Power of Wildlife

To escape the tough streets of Southeast Washington, D.C. in the late 1980s, young Rodney Stotts would ride the metro to the Smithsonian National Zoo. There, the bald eagles and other birds of prey captured his imagination for the first time. In Bird Brother, Rodney shares his unlikely journey to becoming a conservationist and one of America’s few Black master falconers. Rodney grew up during the crack epidemic, with guns, drugs, and the threat of incarceration an accepted part of daily life for nearly everyone he knew. To rent his own apartment, he needed a paycheck—something the money from dealing drugs didn’t provide. For that, he took a position in 1992 with a new nonprofit, the Earth Conservation Corps. Gradually, Rodney fell in love with the work to restore and conserve the polluted Anacostia River that flows through D.C. As conditions along the river improved, he helped to reintroduce bald eagles to the region and befriended an injured Eurasian Eagle Owl named Mr. Hoots, the first of many birds whose respect he would work hard to earn.Bird Brother is a story about pursuing dreams against all odds, and the importance of second chances. Rodney’s life was nearly upended when he was arrested on drug charges in 2002. The jail sentence sharpened his resolve to get out of the hustling life. With the fierceness of the raptors he had admired for so long, he began to train to become a master falconer and to develop his own raptor education program and sanctuary. Rodney’s son Mike, a D.C. firefighter, has also begun his journey to being a master falconer, with his own kids cheering him along the way. Eye-opening, witty, and moving, Bird Brother is a love letter to the raptors and humans who transformed what Rodney thought his life could be. It is an unflinching look at the uphill battle Black children face in pursuing stable, fulfilling lives, a testament to the healing power of nature, and a reminder that no matter how much heartbreak we’ve endured, we still have the capacity to give back to our communities and follow our wildest dreams.