Want to listen to the audiobook Blackpink: K-Pop's No.1 Girl Group written by Adrian Besley?
MP3 Audiobook Player is here to help! 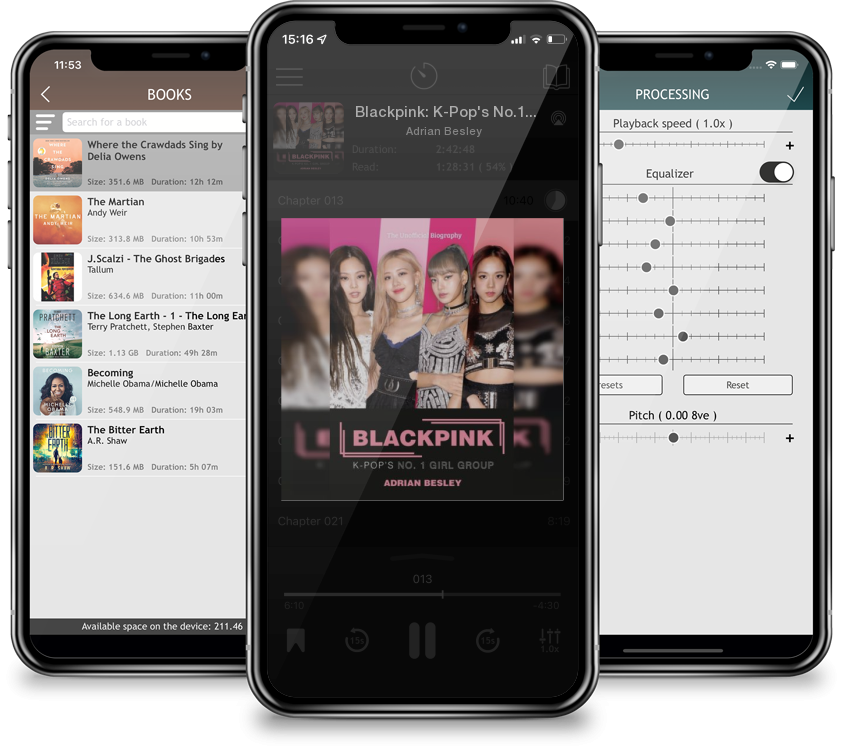 Jisoo, Jennie, Rosé, and Lisa, all beautiful and supremely talented women in their early 20s, are the hottest thing in pop right now—and they only have a dozen songs! If Blackpink were ever a secret, the secret was out by April 2019, when they headlined Coachella, and their fandom—known as Blinks—suddenly included Ariana Grande and Harry Styles. They are the first female K-pop group to have had four #1 singles on Billboard's World Digital chart, and their single "Ddu-Du Ddu-Du" became the most viewed music video by a K-pop group on YouTube. This unofficial guide relates their days as trainees, their debut, their hits and success in the U.S., examines the personalities of each of the members and details their choreography, fashion, and style triumphs, and reveals why they are "the only gang to run the game in high heels."