Want to listen to the audiobook Cimarron: Freedom and Masquerade written by Charles Freger?
MP3 Audiobook Player is here to help! 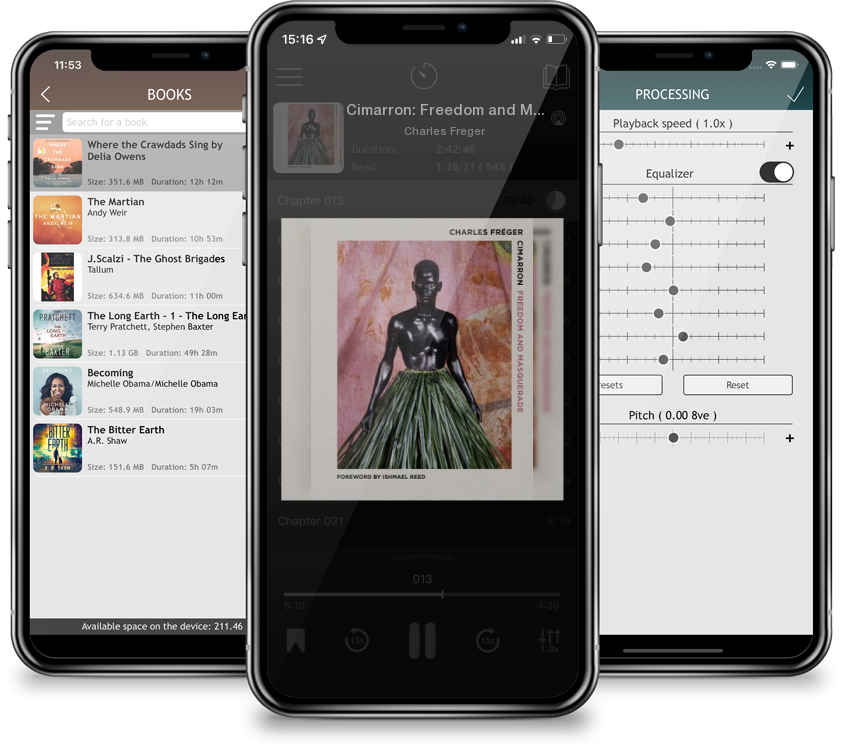 This series of extraordinary photographic portraits by Charles Fréger brings to life the vivid costumes used in festivals by the descendants of African slaves in America. All across the Americas, from the sixteenth century onwards, enslaved Africans escaped their captors and struck out on their own. These runaways established their own communities or joined with indigenous peoples to forge new identities. Cimarrón, borrowing a Spanish-American term for these fugitive former slaves, is a new series of photographic portraits of their descendants by acclaimed photographer Charles Fréger, whose work is defining a new genre of documentary photography. From Brazil, Colombia, the Caribbean islands, Central America, and as far as the southern United States, elaborate masquerades are staged that celebrate and keep alive the history and memory of African slaves and their creole or mixed-race descendants. Unique photographs of people in dynamic costumes from remote regions of the world will enthrall followers of social history, ethnic folklore, and unusual fashion experimentation. Vividly colored silks and cottons combine with woven fibers, leaves, feathers, and body paint; props include emblems of slavery and slave masters— ropes, sticks, guns, and machetes. These photographs, supplemented with texts by specialists in social anthropology to provide ethnographic and historical context, record real people whose collective sense of memory, folk history, and imagination dramatically challenge our expectations.