Want to listen to the audiobook Let No Stranger Wait Outside Your Door written by Lou Kief?
MP3 Audiobook Player is here to help! 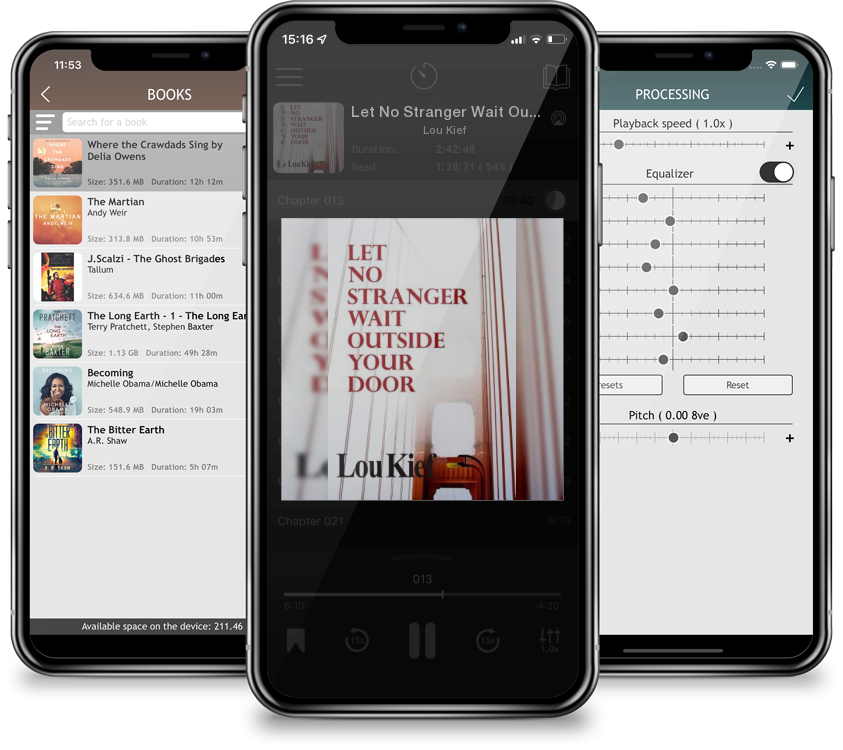 Let No Stranger Wait Outside Your Door

"Lou is a brilliant storyteller " - Chris Rayan, Culture Savvy Reviews IMPACT Magazine "Those extraordinary times of leather and lashes, bears and ballerinas, sex, drugs and newly found freedom leap from the pages." - Jack Scott, Reviewer, UK "I would even go so far to say there is an essence of Armistead Maupin and the most popular Tales of the City" saga in Lou's writing" - Jonathan Welford, Reviewer Manchester, United Kingdom Some of us live in a world where being yourself can make others uncomfortable. This is a story about being contented in your own skin, but it's also a fascinating tale about the history of San Francisco from the 1849 gold rush through the murders of mayor, George Moscone and the city's first openly gay politician, Harvey Milk, to the devastation caused by AIDS. It captures the magic of San Francisco and the area just north of the city and weaves politics, the jarring events of one man's personal life and a city's history together from a very earthy and some- times brutally honest perspective. There is a thread of human kindness and a real love of humanity that shines through and when you close the cover you'll do it with a laugh and a tear. "For anyone who has lived the San Francisco experience of the 70's, or those who wish they had, this book is a must read." - Mark Letizia "It's not often I come across a book which is hard to put down. "Let No Stranger Wait Outside Your Door", a compelling, well-written memoir, happens to be one of them." - Chris Rayan, IMPACT Magazine