Want to listen to the audiobook Makeup to Breakup: My Life In and Out of Kiss written by Peter Criss?
MP3 Audiobook Player is here to help! 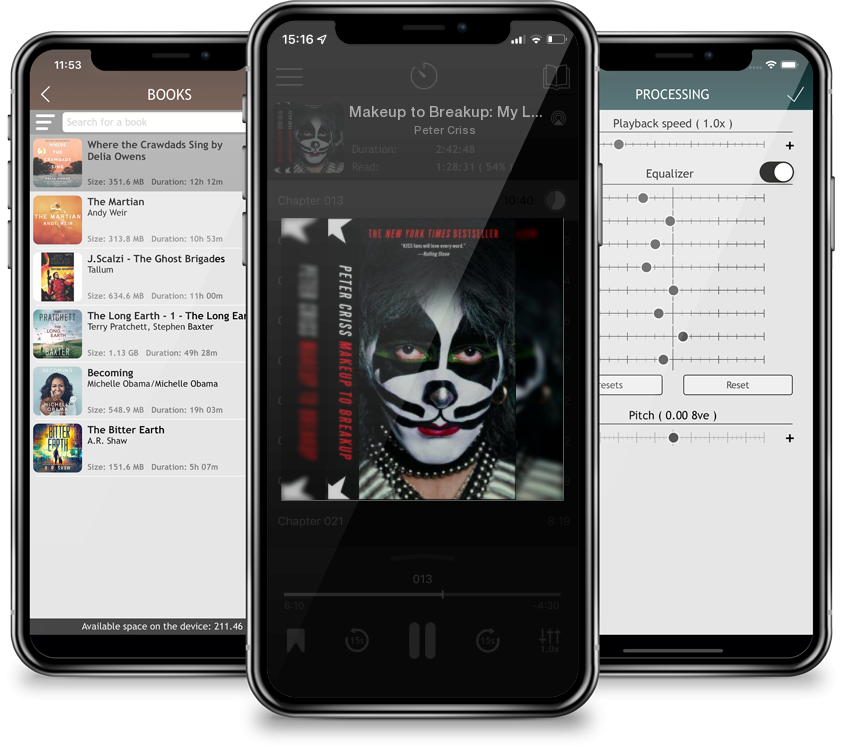 Makeup to Breakup: My Life In and Out of Kiss

Founding drummer Peter “Catman” Criss’s New York Times bestselling memoir, “the best—and most honest—account of KISS craziness during the band’s heyday in the 1970s” (Publishers Weekly), now in paperback—“KISS fans will love every word” (Rolling Stone).Legendary founding KISS drummer Peter “Catman” Criss has lived an incredible life in music, from the streets of Brooklyn to the social clubs of New York City to the ultimate heights of rock ’n’ roll success and excess. KISS formed in 1973 and broke new ground with their elaborate makeup, live theatrics, and powerful sound. The band emerged as one of the most iconic hard rock acts in music history. Peter was the heartbeat of the group. From an elevated perch on his pyrotechnic drum riser, he had a unique vantage point on the greatest rock show of all time, with the KISS Army looking back at him night after night. Peter Criscuola had come a long way from the homemade drum set he pounded on nonstop as a kid growing up in Brooklyn. He endured lean years, street violence, and the roller-coaster music scene of the sixties, but he always knew he’d make it. Now Peter tells of his eye-opening journey from the pledge to his ma that he’d one day play Madison Square Garden to doing just that. He also faced the perils of stardom and his own mortality, including drug abuse, treatment in 1982, near suicides, two broken marriages, and a hard-won battle with breast cancer. Makeup to Breakup is the heartfelt account of one of music’s most iconic figures, and the importance of faith and family. Rock ’n’ roll has been chronicled many times, but never quite like this. “A must-read for all past and present KISS fans and fans of no-holds-barred rock ’n’ roll tell-alls.”