Want to listen to the audiobook Citizen Swain: Tales from a Minnesota Life written by Tom H. Swain?
MP3 Audiobook Player is here to help! 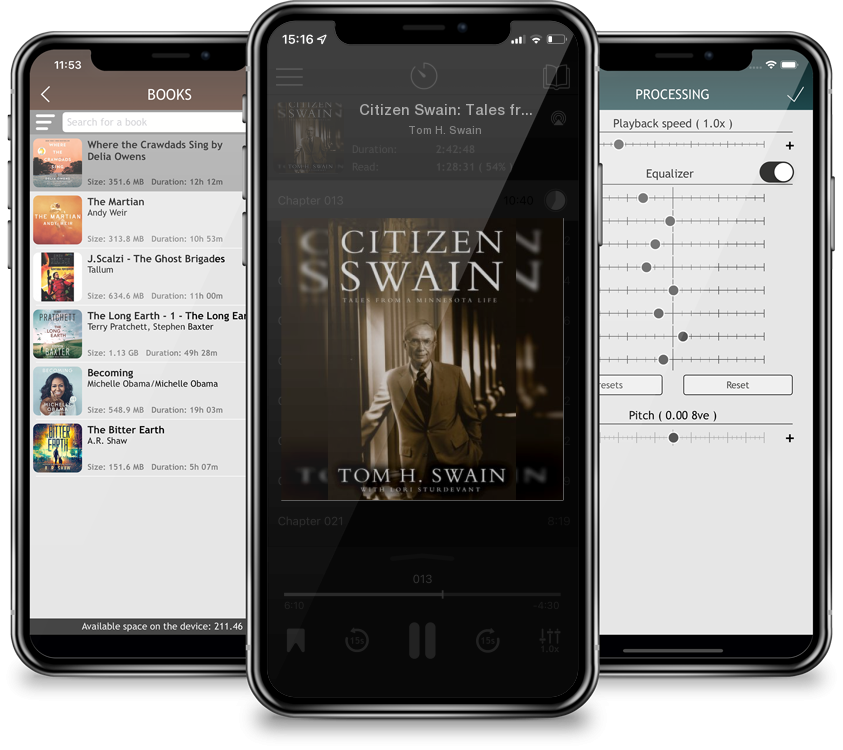 An entertaining personal history of the state, told by one of its leading citizens For an insider’s take on the last eighty years in Minnesota history, sit down with Tom H. Swain’s memoir. It is a personal look at the people and events that shaped the state’s history, written by a civic and business leader—and a true public servant—with a genuine knack for telling a story. From business to athletics, politics to education, Swain is a key player. He’s been a mayor, a University of Minnesota vice president, a chief of staff to former Minnesota governor Elmer L. Andersen, and a member and chair of numerous nonprofit and civic boards. In Citizen Swain: Tales from a Minnesota Life, he brings his vibrant presence and meaningful contributions to life eloquently, giving readers a rare glimpse into the inner workings of institutions and their leaders.Swain was more than a witness to state history. He helped make it happen. Readers learn what it was like to be a part of Governor Andersen’s administration—including details about the dramatic vote recount that ended his term. Swain’s dedication to education and sports shine through as he speaks of his service at the University of Minnesota. Over the years in positions ranging from ticket manager in the athletic department to vice president, Swain got to know Gopher coach Bernie Bierman and three University of Minnesota presidents—Nils Hasselmo, Mark Yudof, and Robert Bruininks. Twenty-three years at the St. Paul Companies gave him profound insight into the state’s oldest corporation.Whether he’s describing the hard work behind the scenes of the massive civic celebration of the state’s centennial or growing up in 1930s and 1940s Minneapolis, Swain’s passion for making Minnesota a better place comes through in these remembrances, told with warmth, respect, and not a small amount of wit. Citizen Swain will be an inspiration to anyone seeking to make positive change through active citizenship.