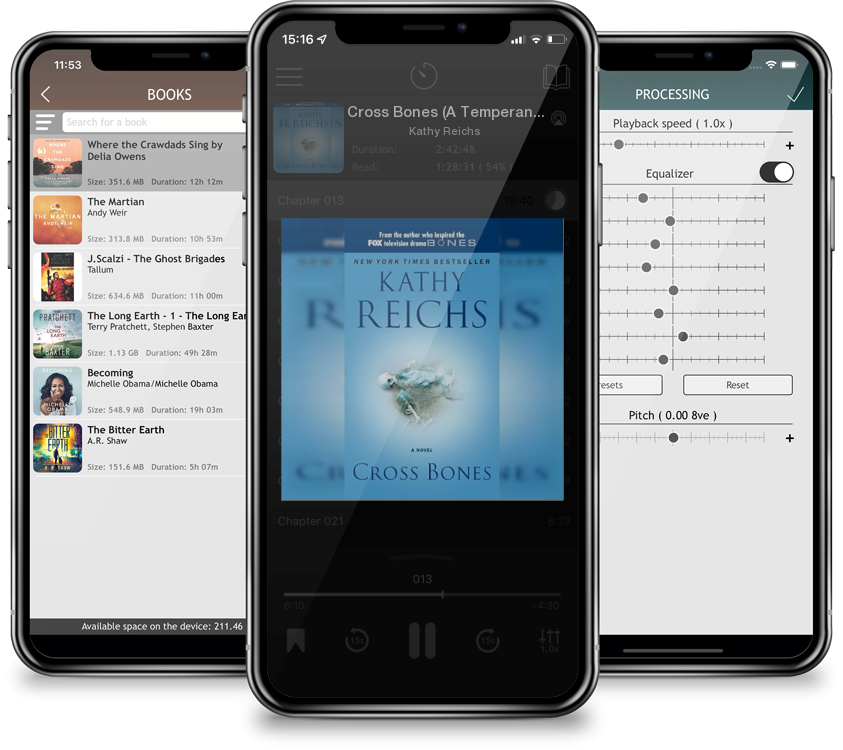 A gripping and explosive thriller from internationally acclaimed forensic anthropologist and New York Times bestselling author Kathy Reichs, featuring Temperance Brennan and Detective Andrew Ryan on the trail of a modern murder and an ancient biblical mystery.Examining a badly decomposed corpse is de rigueur for forensic anthropologist Temperance Brennan. But puzzling damage on the body of a shooting victim, an Orthodox Jewish man, suggests this is no ordinary Montreal murder. When a stranger slips Tempe a photograph of a skeleton unearthed at an archaeological site, Tempe uncovers chilling ties between the dead man and secrets long buried in the dust of Israel. Traveling there with Detective Andrew Ryan, Tempe plunges into an international mystery as old as Jesus, and centered on the controversial discovery of Christ's tomb. Has a mastermind lured her into an elaborate hoax? If not, Tempe may be on the brink of rewriting two thousand years of history—if she can survive the foes dead set on burying her.