Want to listen to the audiobook Dining in the Dark: A Famed Restaurant Critic's Struggle with and Triumph over Depression written by Bryan Miller?
MP3 Audiobook Player is here to help! 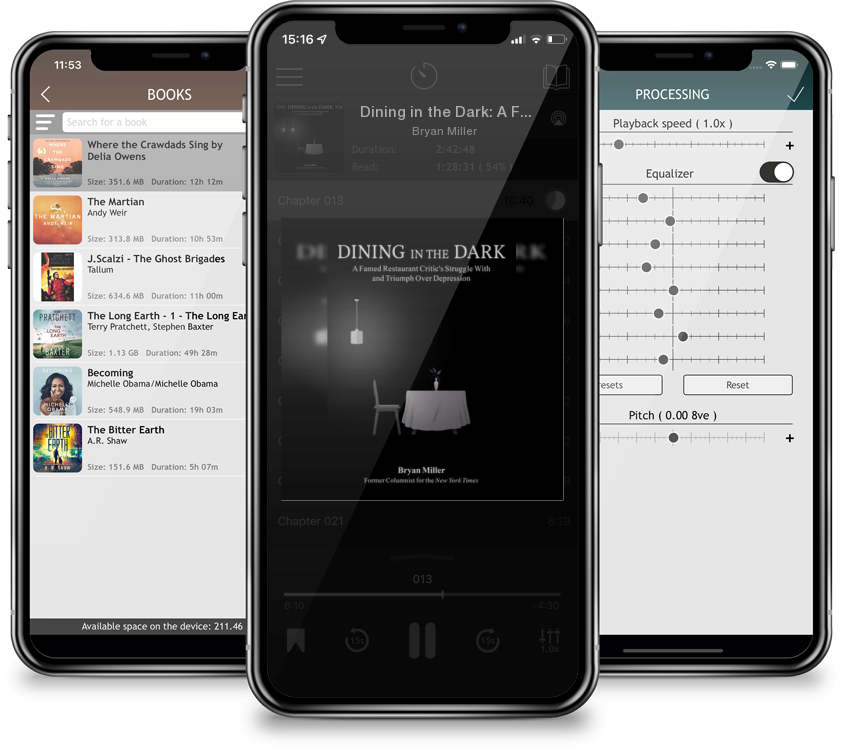 Dining in the Dark: A Famed Restaurant Critic's Struggle with and Triumph over Depression

The Rise and Fall of the World’s Most Powerful Restaurant Critic and His Battle with Severe, Debilitating Depression   From the early 1980s to the mid-1990s, Bryan Miller was a household name among restaurant goers in the greater New York City area and beyond as the restaurant critic for the New York Times, as well as the author of numerous books, a public speaker, and a radio and television commentator. Over ten years as a columnist, he dined out more than five thou­sand times in the United States and abroad, from haute to humble. The Wine Spectator, in a front-page profile, declared Miller “the most powerful restaurant critic in America.” And for much of that time, he wanted to die.Dining in the Dark chronicles Miller’s battle with Bipolar II disorder, also known as depres­sion, which ruined his life, professionally and personally. Depression was directly responsible for his surrendering the New York Times restau­rant column and, shortly thereafter, leaving the paper altogether. Everything he had worked for so diligently, rising from cub reporter to big-city columnist in less than a decade, vanished. In the ensuing years, unable to work, he lost his home, his life savings, two wonderful wives, the chance to have a family, and numerous friends and colleagues. He became increasingly reclu­sive; like many victims of serious depression, he reached the point where he was afraid to answer the phone. Pile on a brain tumor, electroshock therapy, a near-fatal bout with Lyme disease, accidental drug overdoses (he was once carried out of the newsroom on a gurney), and you have a life in shambles.Dining in the Dark tells the story of Miller’s battle, but it also brings hope by sharing his jour­ney to coping with, and finally conquering, his depression. The coping mechanisms he employed in order to get through the day will be of benefit to those in need of a helping hand. Dining in the Dark is philosophical, inspirational, educational, and even humorous at times. And, of course, there are lots of inside-the-New York Times anecdotes, as well as lots of food, wine, travel, and celebrity.