Want to listen to the audiobook Don't Blow Yourself Up: The Further True Adventures and Travails of the Rocket Boy of October Sky written by Homer Hickam?
MP3 Audiobook Player is here to help! 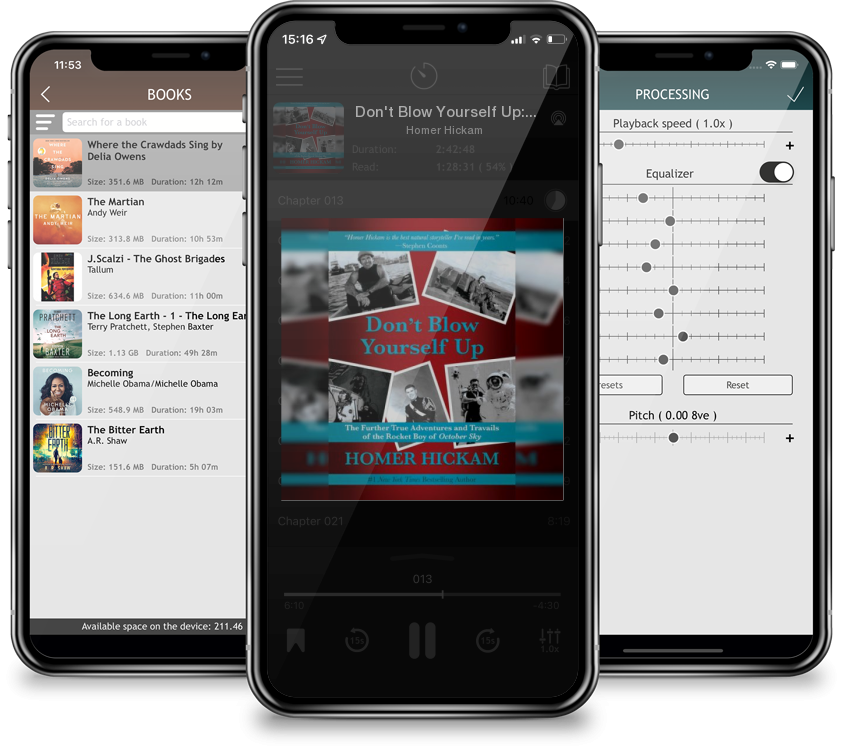 Don't Blow Yourself Up: The Further True Adventures and Travails of the Rocket Boy of October Sky

From Homer Hickam, the author of the #1 bestselling Rocket Boys adapted into the beloved film October Sky, comes this astonishing memoir of high adventure, war, love, NASA, and his struggle for literary success.Homer Hickam’s memoir Rocket Boys and the movie adaptation October Sky have become one of the most popular stories in the world, inspiring millions to pursue a better life. But what happened to Homer after he was a West Virginia rocket boy? In his latest memoir, Homer recounts his life in college where he built the world's biggest, baddest game cannon, fought through some of the worst battles in Vietnam, became a scuba instructor, discovered sunken U-boats, wrote the definitive account of a World War II naval battle, befriended Tom Clancy, made a desperate attempt to save the passengers of a sunken river boat, trained the first Japanese astronauts, taught David Letterman to scuba dive, helped to fix the Hubble Space Telescope, wrote his number one bestselling Rocket Boys, and was on set during the making of October Sky. Although told with humor and wit, Hickam does not shy away from the pain and hardship endured and the mistakes he made during the tumultuous decades since his life in the town he made famous—Coalwood, West Virginia.